I've made deep-fried ice cream a couple times before, so I tried to be a little more creative this time. The basic recipe is simple:

This time I felt a little more creative, so I diverged from the recipe 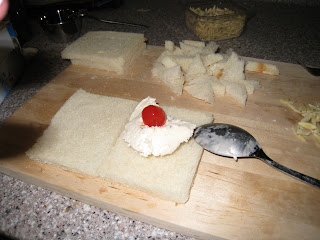 I added a cherry in the middle (which turned out to be more work that it's worth. The cherry is good, but not good enough to warrant the extra effort it takes to shape the ice cream around the cherry. I wish there was someway to have a liquid middle - having liquid chocolate or caramel in the middle would be phenomenal!). 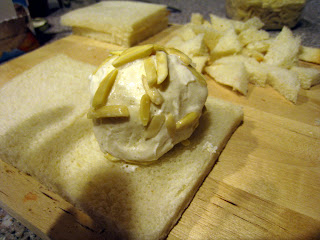 And I added almond slivers around the outside (before the bread). This was actually pretty good! It added some texture, and was very easy to do (just roll the ice cream over them). 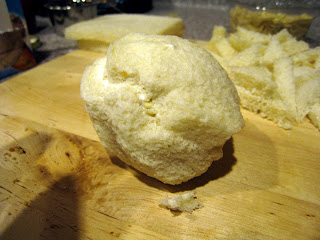 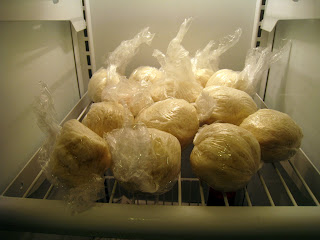 While I was at it, I finished making the whole loaf of bread's worth. I'm guessing the ones we didn't eat will keep for a quite a while. 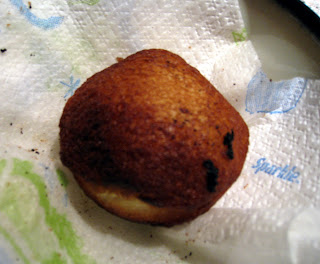 And here's the end product - I forgot to take a picture of it after adding the sugar, or once the crust was broken - oops!
Posted by Unknown at 4:45 AM
Labels: JAM, photos, recipes
Email ThisBlogThis!Share to TwitterShare to FacebookShare to Pinterest