So this fall, Jerome discovered Kickstarter.com and we funded a few cool food related projects. Including a new restaurant in the city, some fancy handmade vanilla, some cool spice mixes and this neat popcorn!

Quinn popcorn was the idea of a couple of people who wanted to make popcorn cooler. They needed funding to set up the equipment etc to start producing and packaging their stuff. So we sponsored them enough to get a box of their popcorn. It's pretty neat. The ingredients are organic and not genetically modified, and they've updated the packaging so that it doesn't have all the chemicals and coatings in it, it's more like wax or parchment paper I guess. They also decided to have more interesting and natural flavour options than the standard buttery flavouring. We chose was Vermont Maple and Sea Salt, which seemed pretty cool. 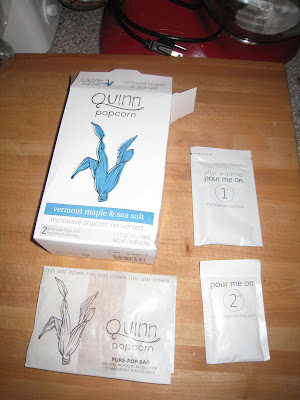 As you can see, the packaging is really nice! How it works is you pop the popcorn in the bag, and then one of the packages has a pressed oil inside of it instead of the usual hydrogenated buttery goo. And then the other package has the flavour ingredients. 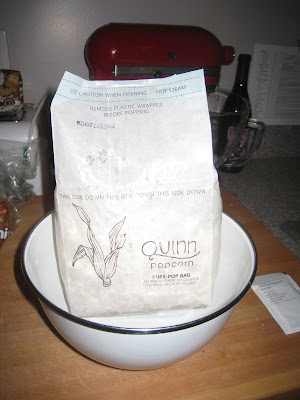 It popped up very nicely! Very similarly to regular popcorn. 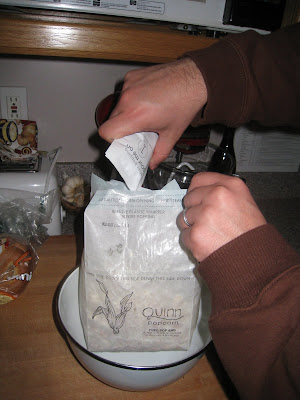 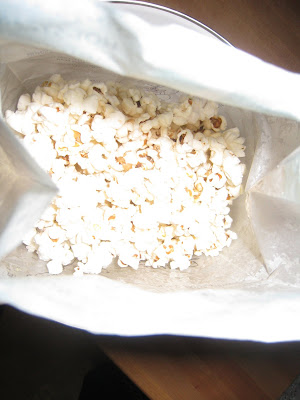 Checking that it coated okay so that the seasoning would stick. 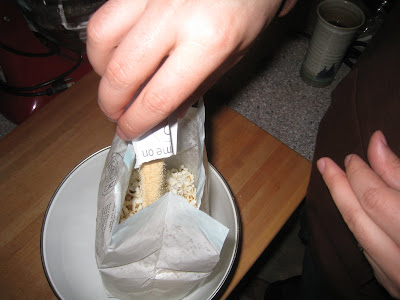 Then we added the maple sea salt flavouring. Making sure to shake it up well so that we got some on each piece. The sweet and salty combination was really nicely done. We both enjoyed it throughly, and were happy to have done a little bit to help Quinn Popcorn make such tasty treats! If you ever see it somewhere and like popcorn, I'd recommend giving it a shot.
Posted by Unknown at 6:42 PM 2 comments:
Labels: Fun, Kickstarter, snacks
Email ThisBlogThis!Share to TwitterShare to FacebookShare to Pinterest

I really, really like Thai curries. And we had run out of green curry paste, so we went to our local asian grocery store a few weeks ago to get some more, and I decided to get a tub of red curry paste too, so that we could diversify. This was our first Red Chili Concoction, and a tasty one it was! (Although apparently I didn't take too many pictures!) The ingredients may seem weird at first - I wasn't convinced when Jerome listed what his plan was, but they all work together really well, so give it a chance!

Start by cooking the onions, garlic, ginger in a large pot or dutch oven.
Once they are softened, add the curry paste, coconut milk, and refill the can with water and add that. 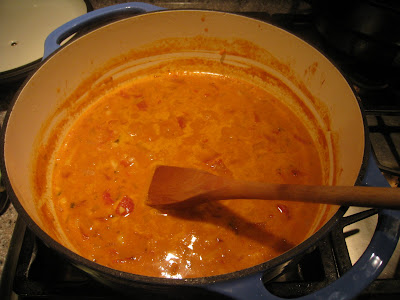 Cook for a few minutes longer. It will look sort of like this.
Then add the sweet potatoes and simmer it until they are getting soft.
Add extra water if you feel it's getting too thick.
We were aiming for a stew like consistency. 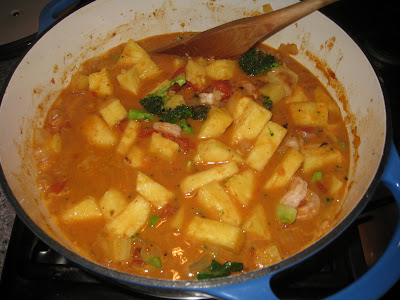 Add the broccoli and the pineapple and shrimp, and cook for a few more minutes until the potatoes and broccoli are the right consistency. It'll look kind of like this! Then when it's all hot, serve it up. We decided to just eat it as a stew without rice, but it would be great with rice also. And the plus side was that I had lunches for the whole week!!
Posted by Unknown at 1:14 PM No comments:
Labels: curry, JAM, LAM, recipes, shrimp, thai
Email ThisBlogThis!Share to TwitterShare to FacebookShare to Pinterest

So recently, our favourite easy weeknight dinner - Tasty Tacos has been given a run for their money with Jerome's perfecting of Fabulous Fajitas! He sort of made something up one night instead of tacos, and now it's a toss up which one to make. They are also nice and quick, and easy to make even after a long day of work. They are very forgiving, so we improvise a bit each time, but I'll try and cover most of the options we have tried. 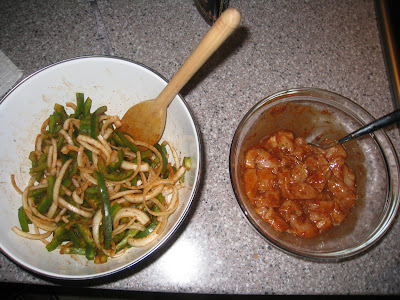 I'm usually in charge of the veggies. I cut up green peppers and onions into long slices and then sprinkle them with a random mixture of cayenne, chili powder - ancho, pasilla or regular, cumin, and whatever other spice grabs my attention in the drawer! You could also just use a fajita mix, or my Mum's not so secret anymore - taco seasoning.

While I'm doing that, Jerome makes a marinade/sauce for the chicken or beef which we have cut into bite size pieces. He usually puts a spoon of chipotle peppers in adobo sauce, the juice and sometimes zest from a lime, cumin, sometimes a dash of bbq sauce, salt, and a variety of spices like cumin, chili powder - ancho, pasilla or regular, and likely random others sometimes. So you coat the meat in the sauce and you're good to go! 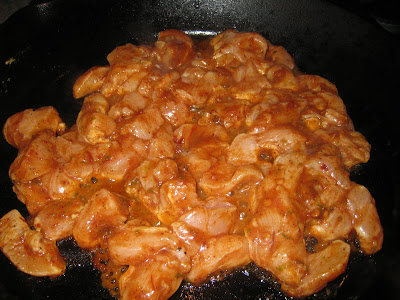 Heat up a large skillet, throw in the meat and cook the meat until it's done. Both chicken and beef work equally well with this recipe.  As you have noticed we like things spicy, if you want a less spicy version you can use milder chili powders, or paprika to get the flavour without the bite. Or just omit a hot sauce or two! 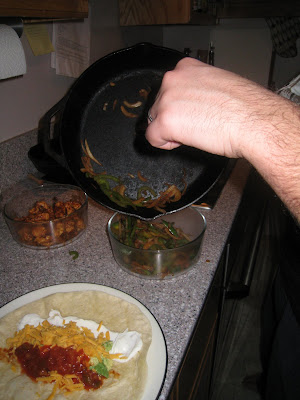 Conveniently, we have 2 cast iron skillets, there are 2 parts to the dish, and there are two of us, so we split it up and it's done in a jiffy! With cheese grating, tortilla heating, occasional avocado scooping etc, being done while everything is cooking. We've got it pretty streamlined now. 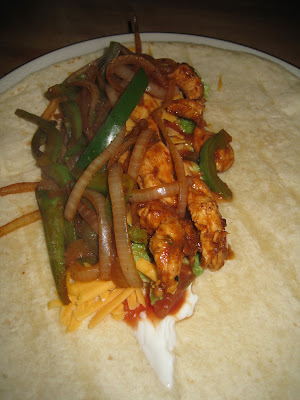 They are super easy and tasty, so I'd highly recommend giving them a try! I might just have to go home and make some, because I'm starving now after talking about them and looking at all these pictures!
Posted by Unknown at 7:09 PM No comments:
Labels: beef, cheese, Chicken, JAM, LAM, mexican, recipes
Email ThisBlogThis!Share to TwitterShare to FacebookShare to Pinterest
Newer Posts Older Posts Home
Subscribe to: Posts (Atom)