Jerome -- we've been posting a bit on Google+, so some of this might be a repeat for those of you that are getting our Google+ posts.

Click here to see our album of pictures and videos. 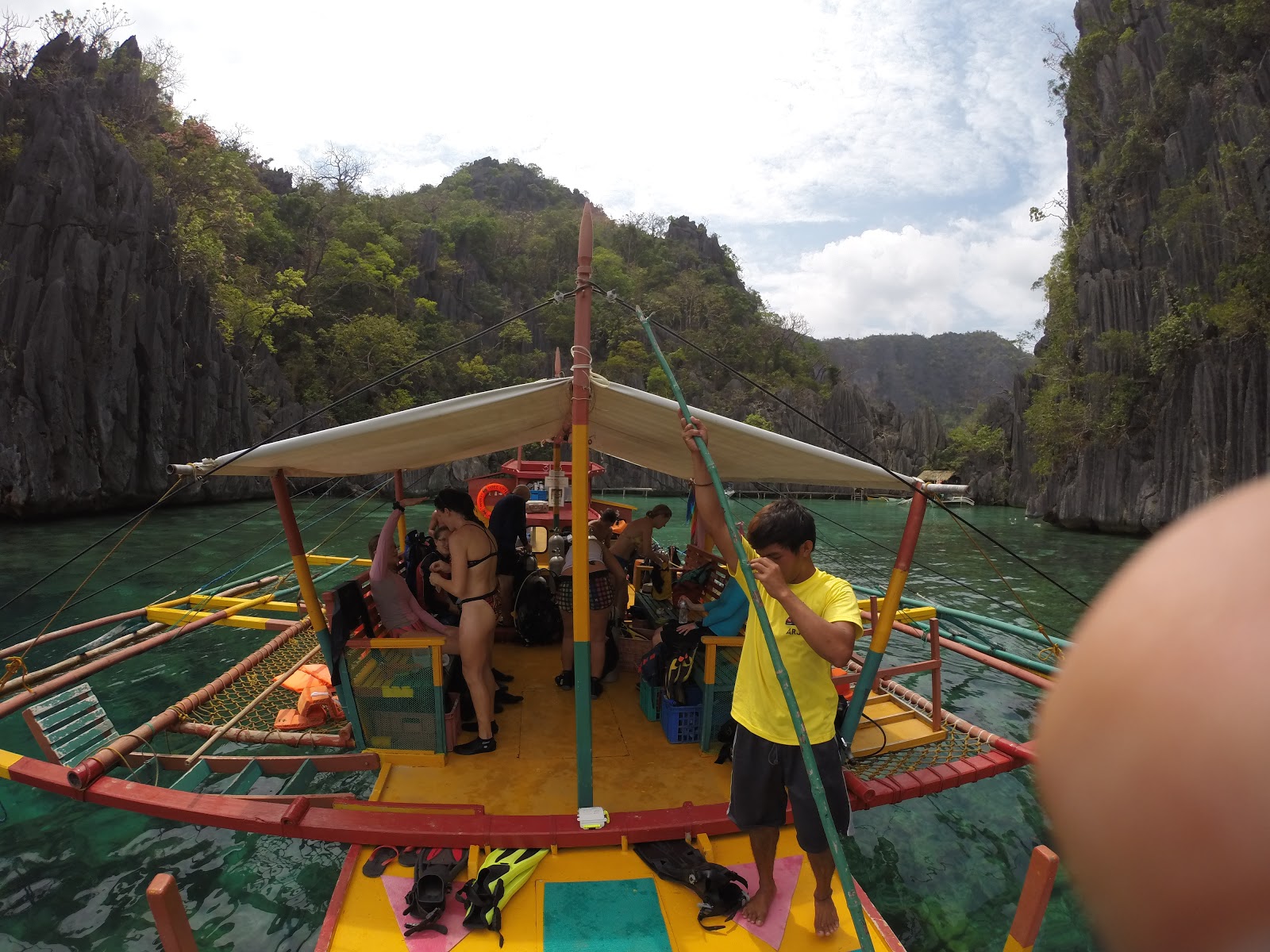 We've spent most of the last 5 days here in Coron in the water.  We've done 4 days (of 3 dives per day) of scuba diving with a great dive shop, Rocksteady Dive Center.  We did 10 wreck dives, one reef dive, and one dive at Barracuda Lake (which had a really neat thermocline... the water turns salty and heats up to 36C at about 14m depth, then cools back down at around 17m).  We also decided to get a bit more training and got our PADI advanced open water certification. 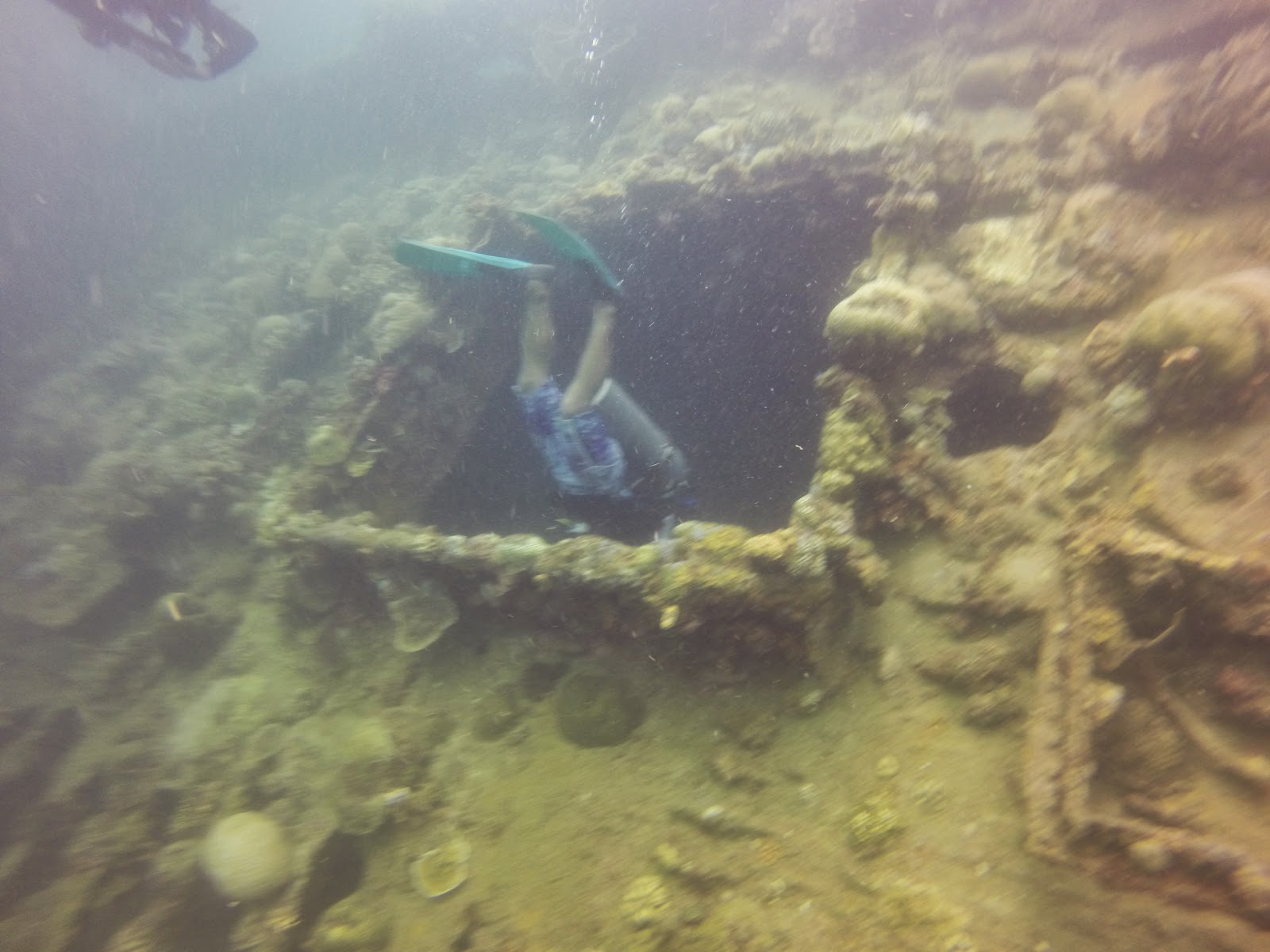 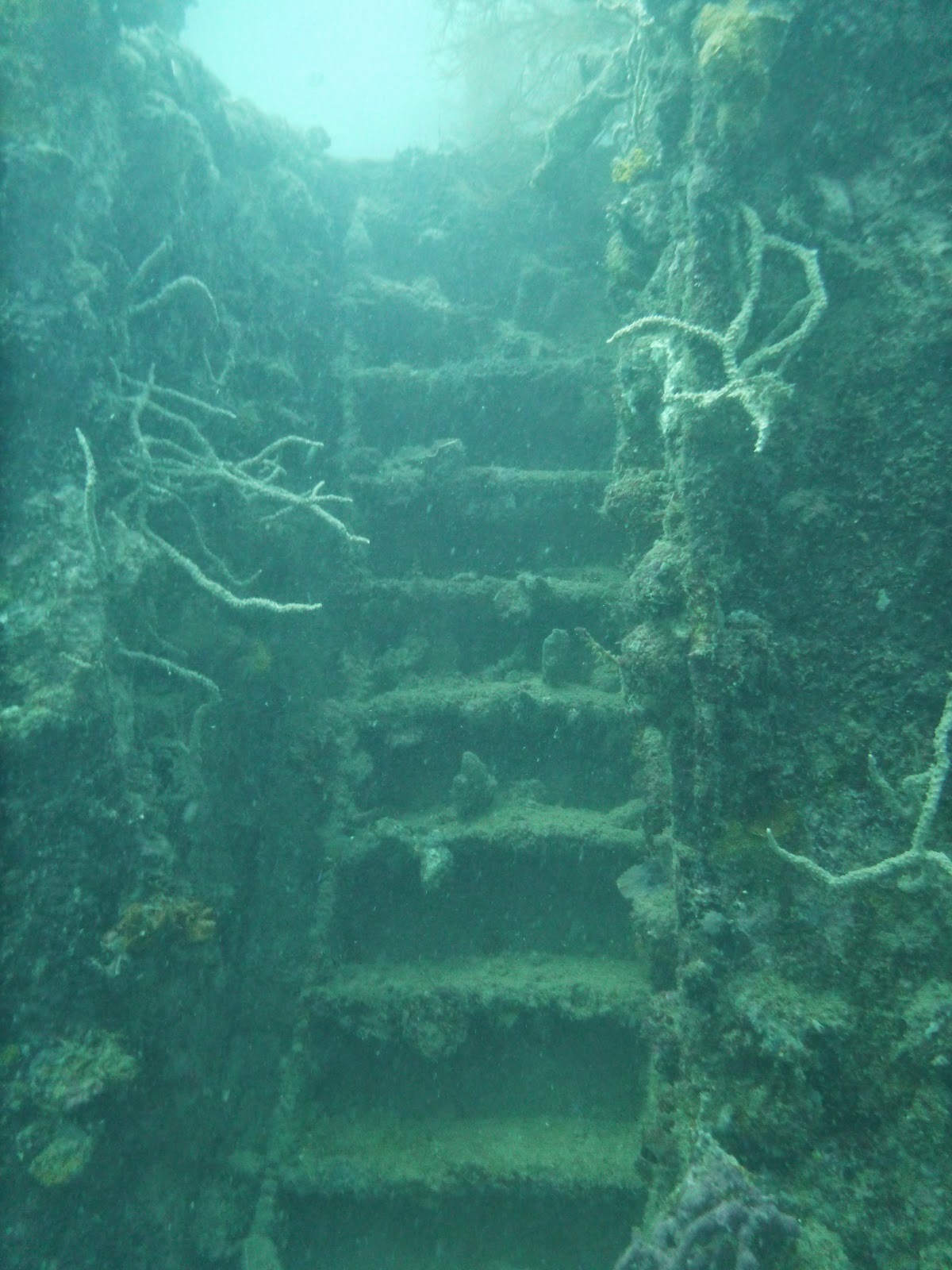 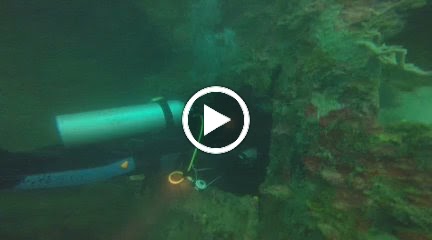 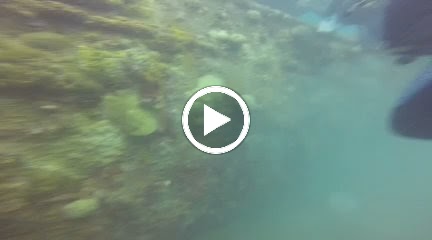 We dove at 6 of the 8 nearby wrecks.  We were planning on diving the last two today, but I unfortunately hurt my ear a bit yesterday free diving, so we decided to avoid scuba diving today.  The wrecks were all part of the Japanese navy and were sunk by the USS Lexington, "the blue ghost", in September 1944.  The smallest wreck we visited was a 35m gunboat (East Tangat Gunboat) and the largest was a 147m supply ship, Irako.  Most of the wrecks are down about 25m or so (our deepest dive was down to 33.3m). 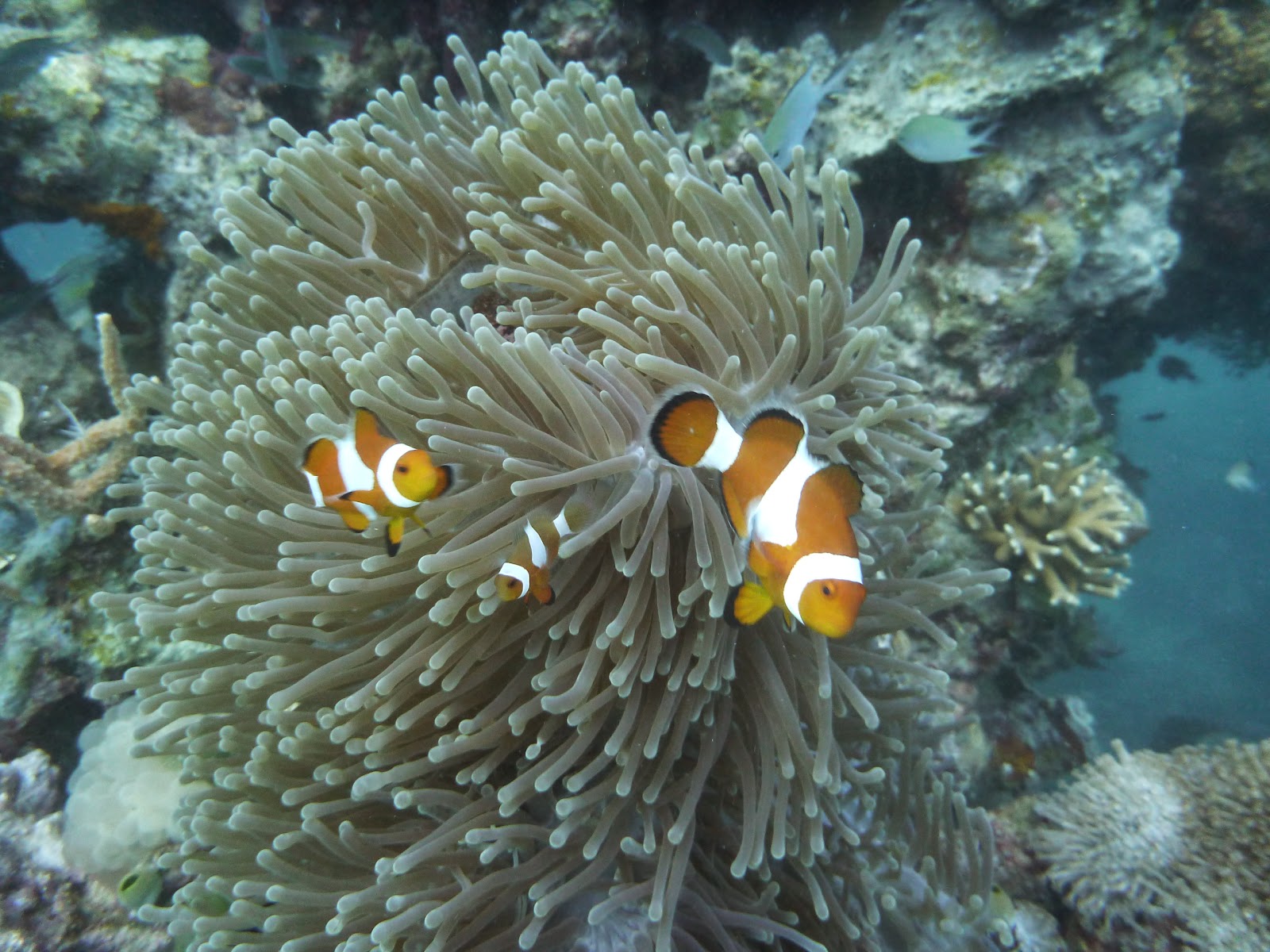 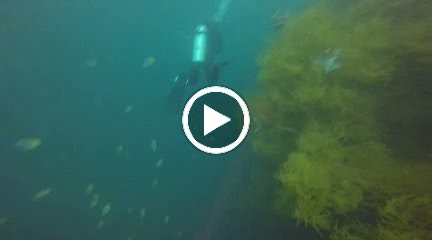 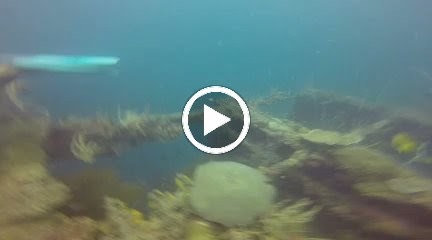 We've been taking most of the video with our GoPro with a red filter (this helps correct some of the red light loss as you dive).  On one dive, as we were close to the surface, I took off the filter, which is attached to the camera with a cord.  When I surfaced, I found the filter was missing and the cord had snapped.  I was pretty bummed since it was only out second day!  Miraculously, one of the other divers on the boat came up a few minutes later with the filter!  She had been below us on the line and happened to see the filter drifting down! So lucky!

Yesterday we took a day off diving and went on a tour of several good swimming / snorkeling spots.  It was fun, and we had a bit more time to admire the scenery above the surface! 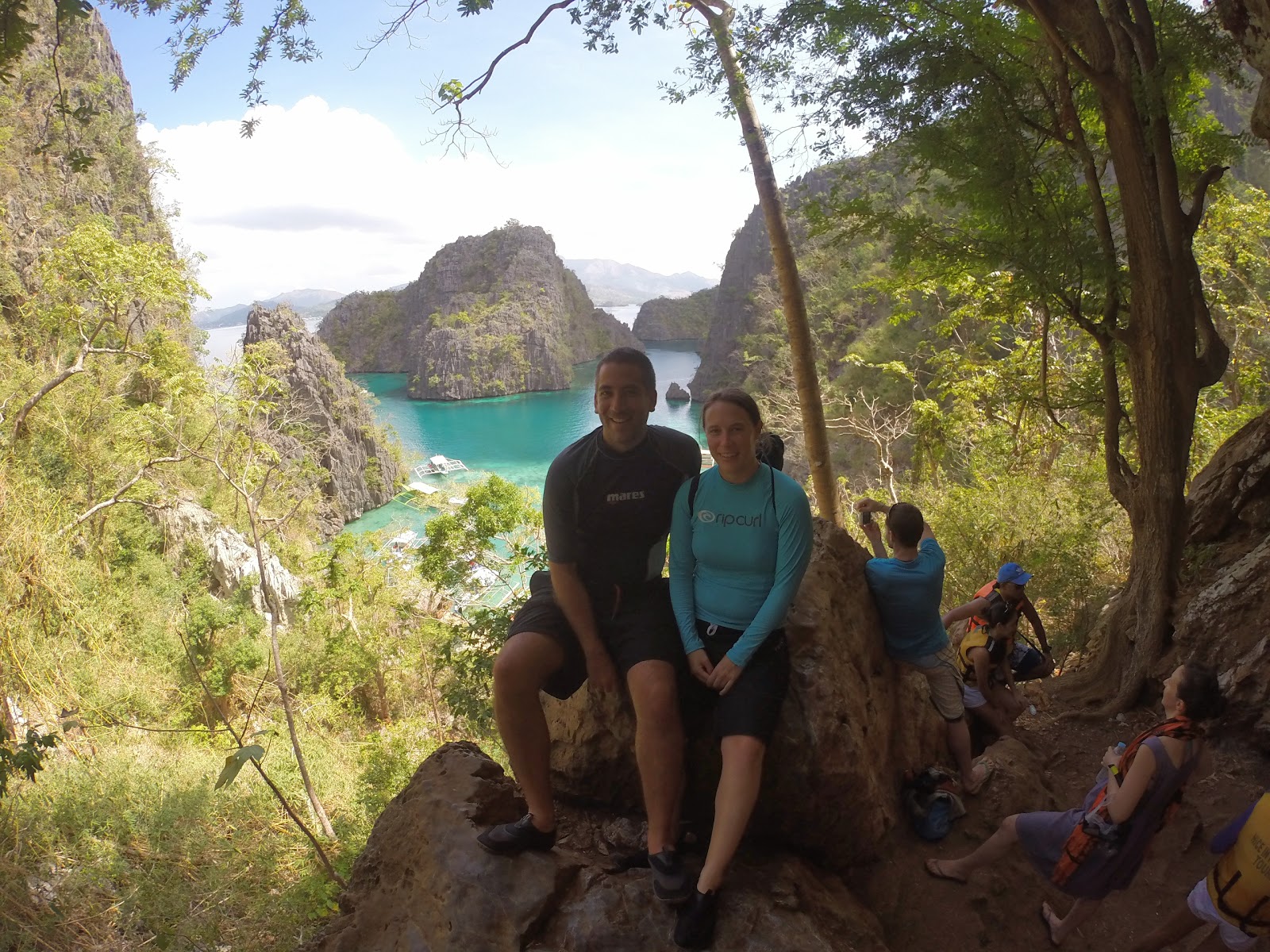 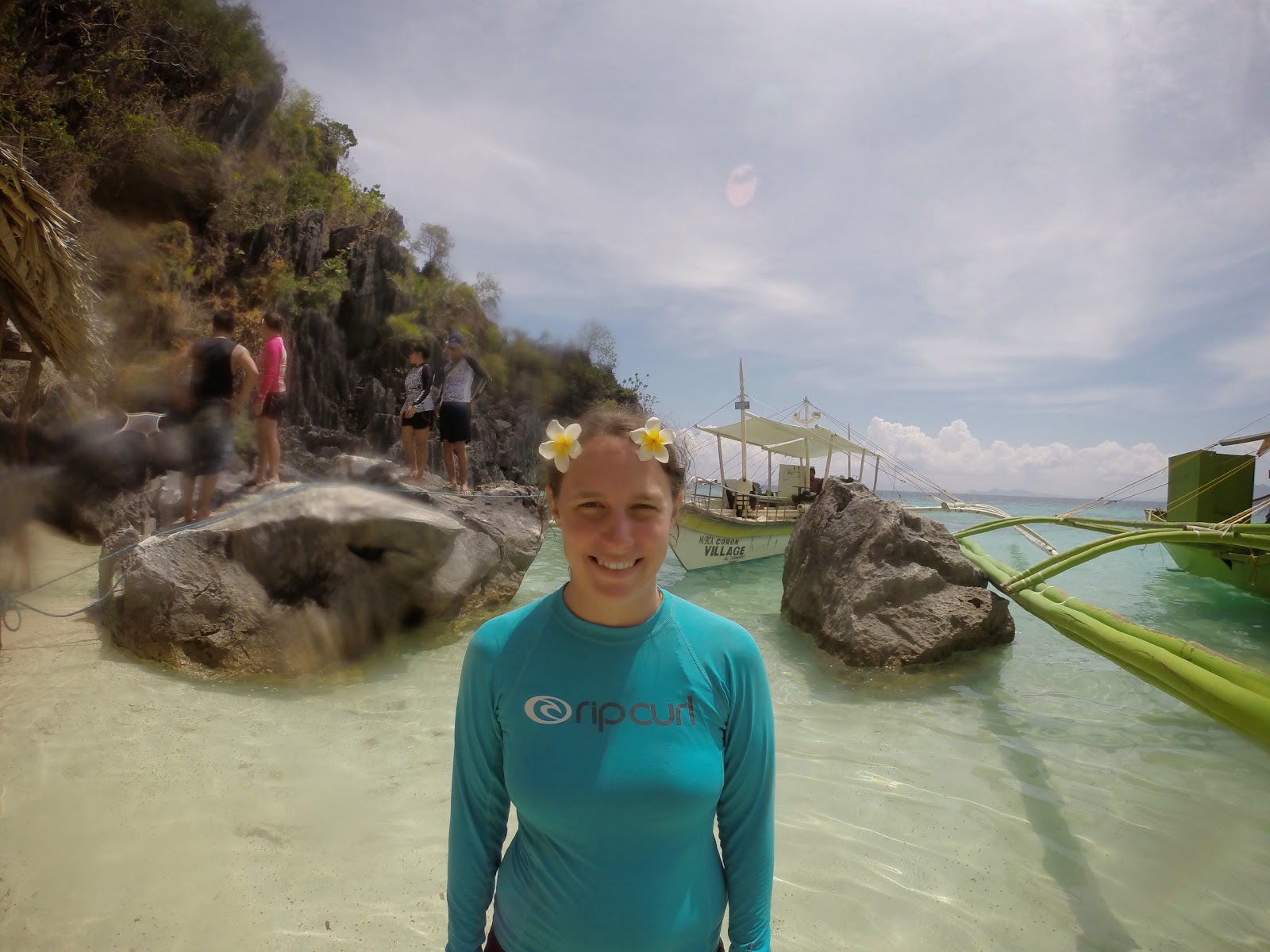 Tomorrow we're off on a Tao expedition from Coron to El Nido (over 5 days).  We've met several people who've already done it, and everyone says it's fantastic, so we're really looking forward to it.