A magical day with the whale sharks and fireflies

Laura -- We arrived in Donsol with much anticipation. Donsol is one of the only places in the world where you can regularly see whale sharks and we were hoping to be lucky enough to see one! Whale sharks or Butading are the world's biggest fish. They are filter feeders like whales and so very gentle giants. They feed just under the surface, and so you can snorkel alongside them.

The first day we went out as soon as we got to town - about 11am. We were the only ones on the boat as 8am is the best time to go, but we wanted to try our luck. Despite a very picturesque 3 hour boat ride, no whale sharks were to be found. So yesterday morning we were up at 6 to make sure we got on a boat as early as possible. We shared a boat with two Swedes and a girl from Toronto - go figure!
After an hour and a half with no signs at all, we were starting to despair that we'd miss out again. But then as both Jerome and I had started to doze off, there was some action. Our Butanding Interaction Officer got his snorkel gear out and things started to look promising! After two or three near misses where the whale shark dove down deep before we could get in the water, we were worried again that we would miss out. But then we heard the shouts from a neighbouring boat and we were close. We dove in off the boat and led by our guide, started swimming like mad towards the others in the water. The visibility was very poor due to all the plankton, and it was hard to tell what we were heading for. Then the giant whale shark loomed out just ahead of us. It was amazing! Giant and beautiful, calmly swimming along with 20 snorkellers trying to keep up with it. It was truly a magical experience.  We were fortunate to get to do this 3 or 4 times, all with the same whale shark. We were able to get some neat pictures and at least one video that shows the scale of how big it was. Our guess is about 10 metres long.


To see our video of the whale shark, follow this link.

We spent the afternoon resting after all our swimming - they go pretty quick - before getting ready for our evening adventure!
We took a trike to the Ogod river in Donsol and boarded a small boat with a German couple we'd met. We set off down the river. The stars were the most amazing I've ever seen, with so little light pollution. We saw all the usual constellations and so many more stars than usual. We even got to see Mars glowing red and Jupiter sitting just to the side of the quarter moon!

After about ten minutes our guide asked us if we were ready, and to clap when he said. We could see a few fireflies in the trees along the river, but then he said clap, and as we did a whole tree lit up with them getting brighter as we clapped louder, now in applause at the magic of it!

A bit further down the river we stopped the boat and just sat in awe at another tree teaming with fireflies! There were hundreds of them all blinking away individually and also creating a strobe like effect in the tree as they all tried to copy each others blinking pattern. Our guide, Josh, told us all about the fireflies while we sat for half an hour watching them. We stopped by by two more spots before reluctantly heading back to our resort for the night.

It was overall a truly memorable and magical day!

(Unfortunately pictures of fireflies are pretty close to impossible.  The following pictures are from around our hotel, Elysia Beach Resort) 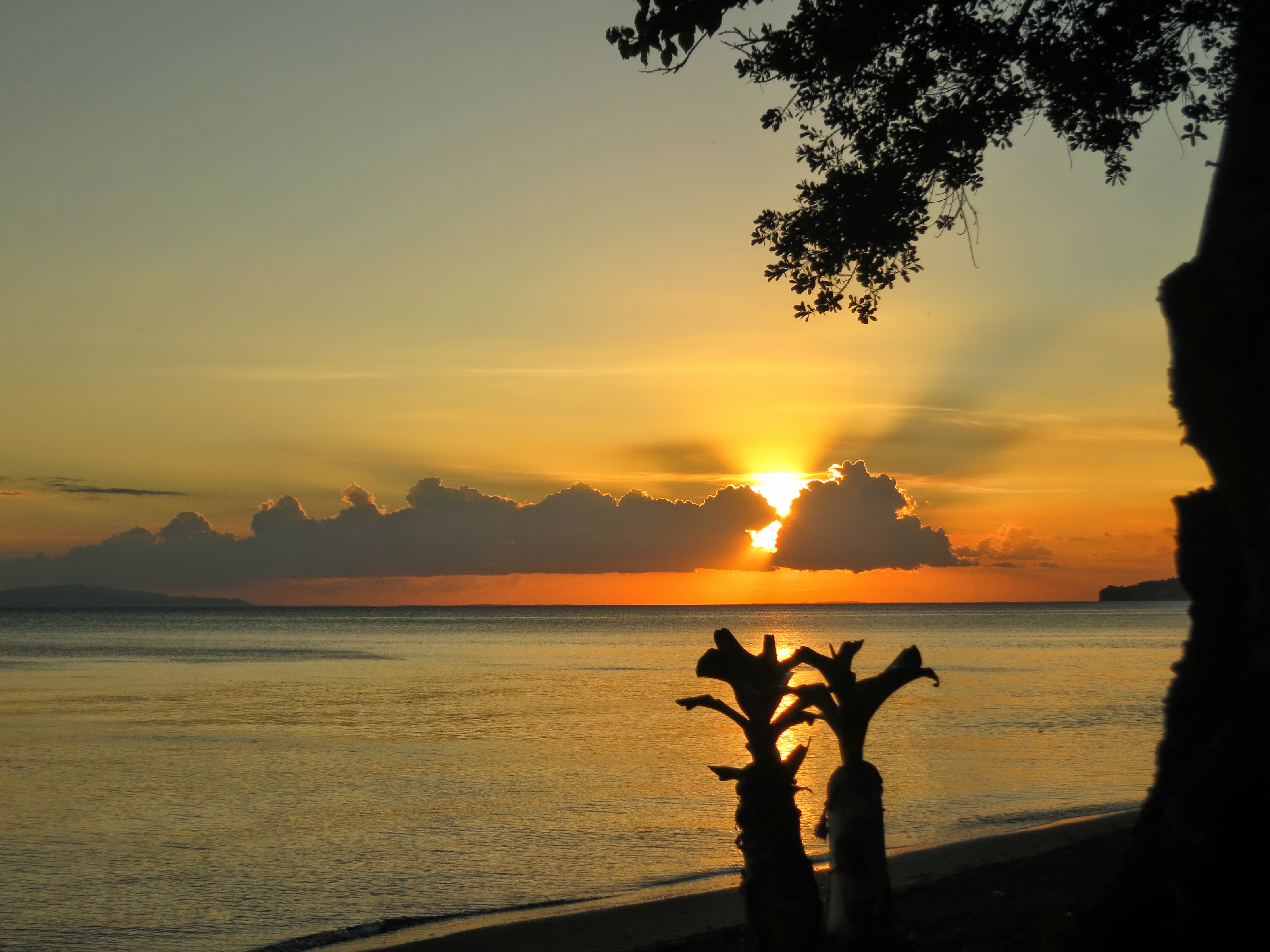 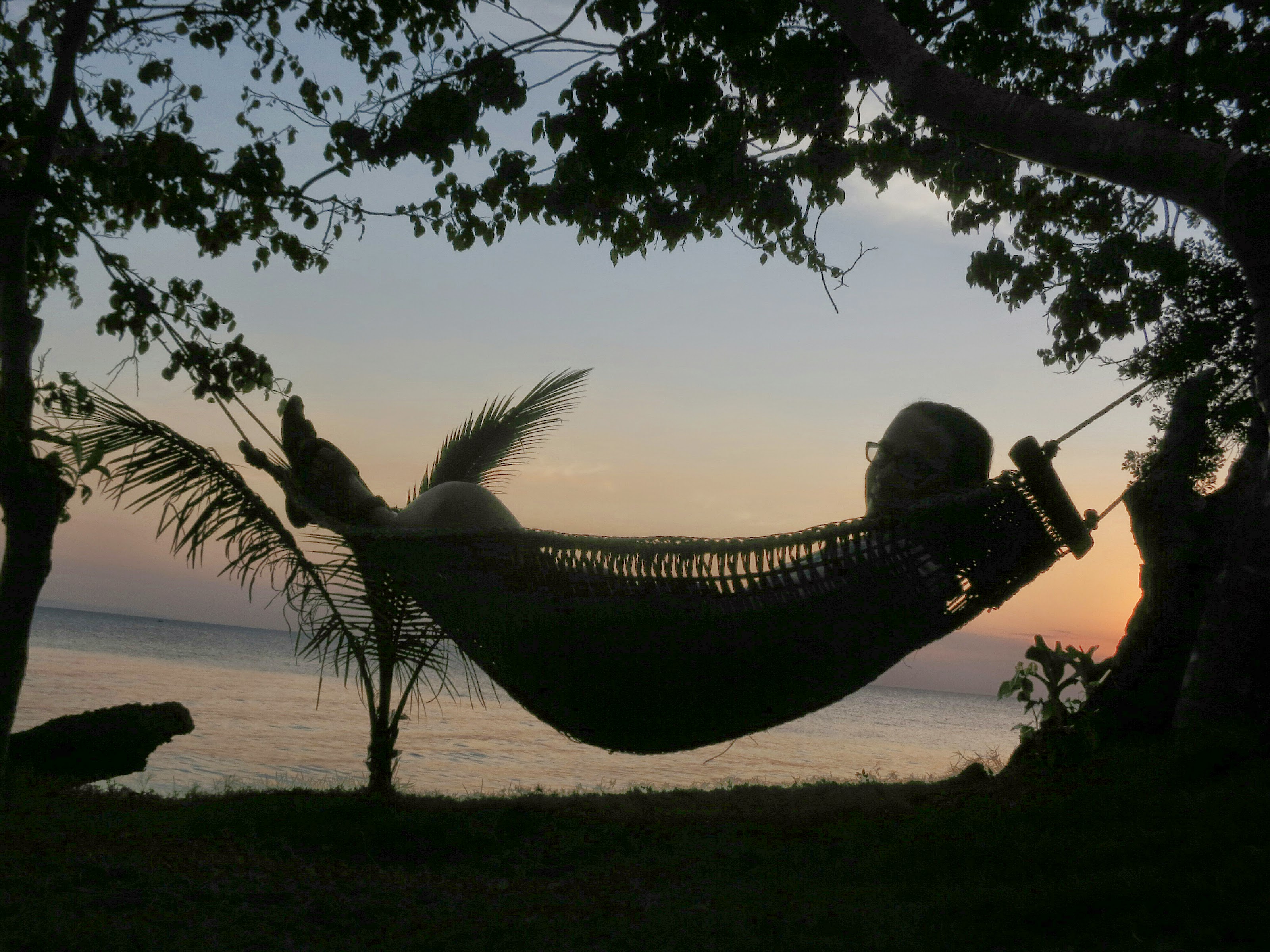