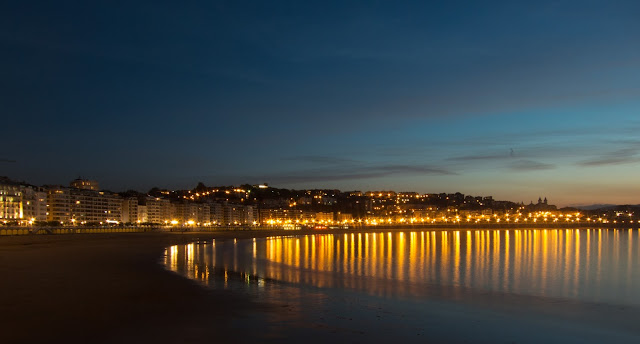 
I realize I have forgotten to give timing perspective the last few posts. So this post takes us from October 21 to 24th, 2012. So almost a year ago... I'm doing my best to finish all the posts before the year mark comes by! So hopefully you'll get quite a few over the next month!


View Jerome and Laura's Trip to Europe in a larger map

So we left off from Cabo del Gato which is at the bottom corner of Spain. The next place that we both had really wanted to see from our pre-trip planning and research was San Sebastian. The downside is that it is at the very top of Spain! We decided to take a day and drive almost all of the way, and stopped in a little town called Alfaro overnight, and then went the rest of the way. The total distance of the drive was about 625 miles or almost exactly 1000km!!! We had some books on tape and saw a lot of Spanish scenery! 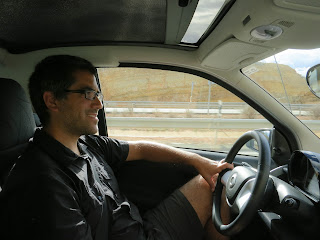 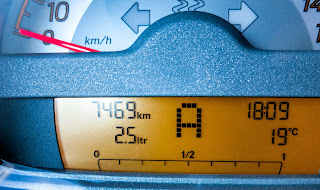 Jerome got very accustomed to the Smart car, and did a great job driving most of the way. My only complaint was when we came extremely close to running out of gas! You can see here, it shows no bars and 2.5L! I was a bit less than calm at this point, but we found a place last minute, so all ended up okay! 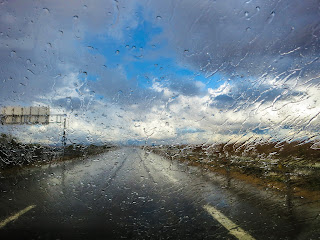 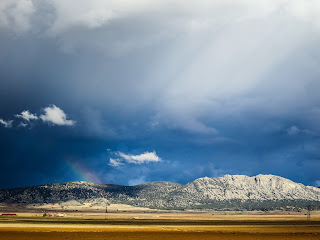 The scenery all across Spain was really pretty. We saw a lot of really interesting old towns, some really weird cloud formations, and drove through a rain storm on the plains. Which if you've seen My Fair Lady, you'll know required some singing along in the car! We even saw a sweet rainbow over the mountains. 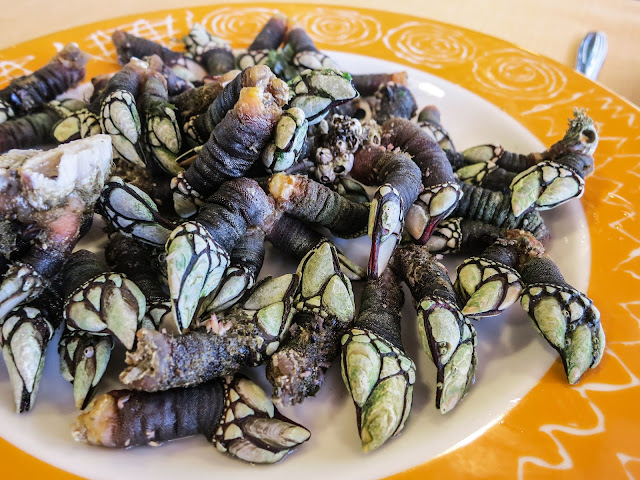 We stopped overnight in Alfaro, which is a small town about 2 hours from San Sebastian. The next day we headed out early, and took a route that led us through Getaria, as we had read it had good lunch restaurants. While the first place we tried happened to be closed that day, we had quite an adventure at the next place! We ordered Goose Neck Barnacles, which are a delicacy in this part of Spain. They are the weirdest looking things I've ever eaten. They have a sort of fabric like sheath over half of them, and the other half looks like a barnacle! They were reasonably tasty - a bit like other shellfish. 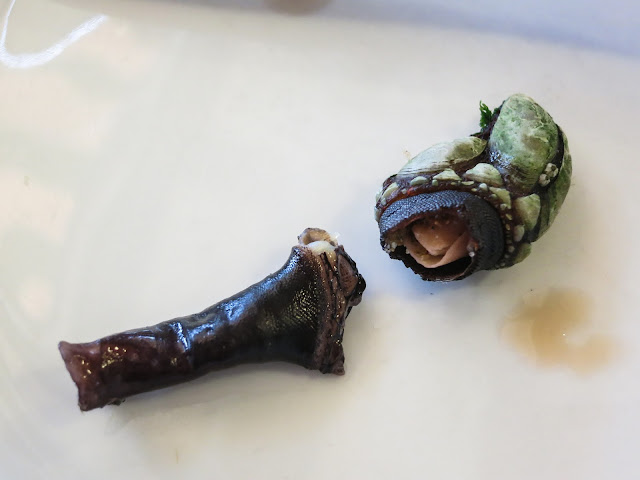 Apparently they were first called goose neck barnacles because before people had realized that birds migrate, they would see these barnacles on the beaches during the time of year when the geese weren't around. They therefore concluded that these must be what baby geese looked like! 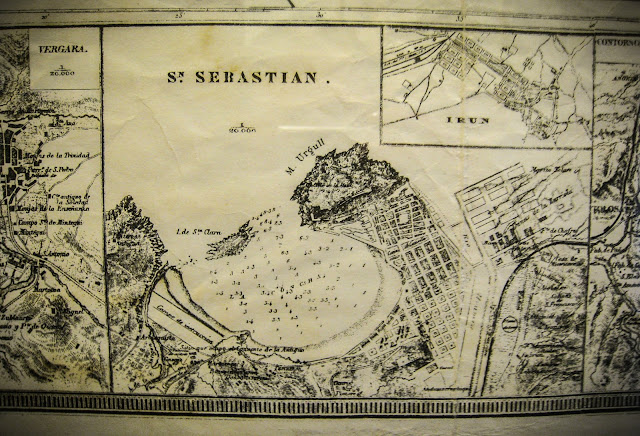 We drove the rest of the way to San Sebastian, which is a small town on the coast with a beautiful bay that is protected and is great to swim on one side, and on the other is a less protected beach where everybody surfs. It also is rumoured to have the highest per capita number of Michelin star restaurants! It does in fact have three 3-star ones which is a lot! We didn't go to any, spending our time eating around the plentiful tapas bars! 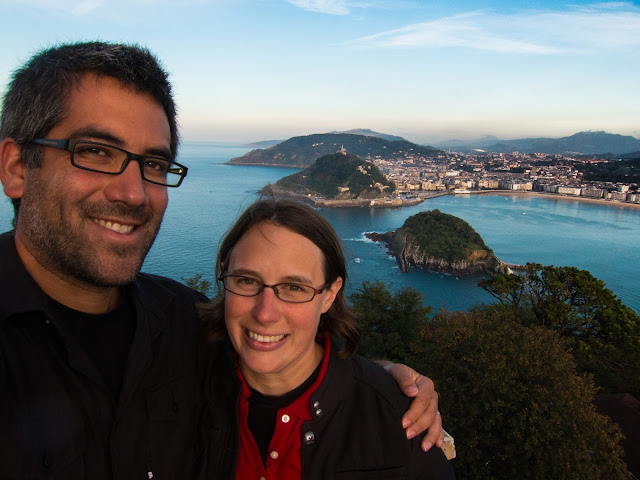 The hotel we got was quite nice. It was up on the hill overlooking the city which made for great views, and cheaper rooms. We had a bit of a hike down to town, but found a good path to take. We also found a funicular which you could take, and mastered the bus system so that we didn't have to walk back up the hill after an evening of wine and tapas! 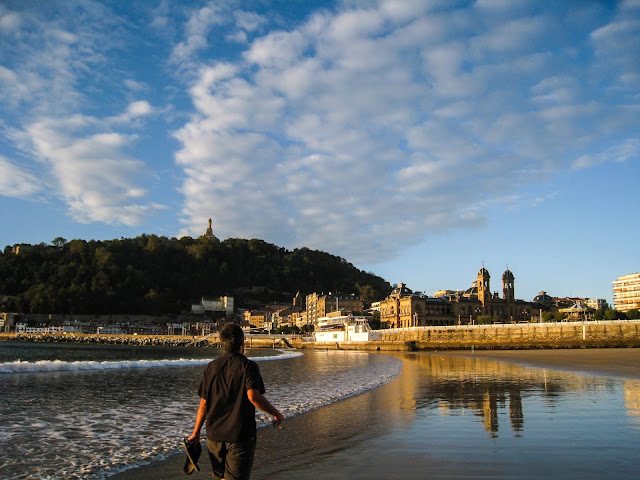 We spent 3 days here hanging out in the town and the beaches. We went swimming quite a few times, ate a lot of food, and enjoyed ourselves thoroughly! We were conveniently there for Restaurant Week and so one of the nights instead of eating at all the tapas places we went to a place that had a fixed price menu that was very tasty, for a fraction of the price it would be not during restaurant week. We took lots of pictures of all the tapas as well as the dinner which you can see in our full album. 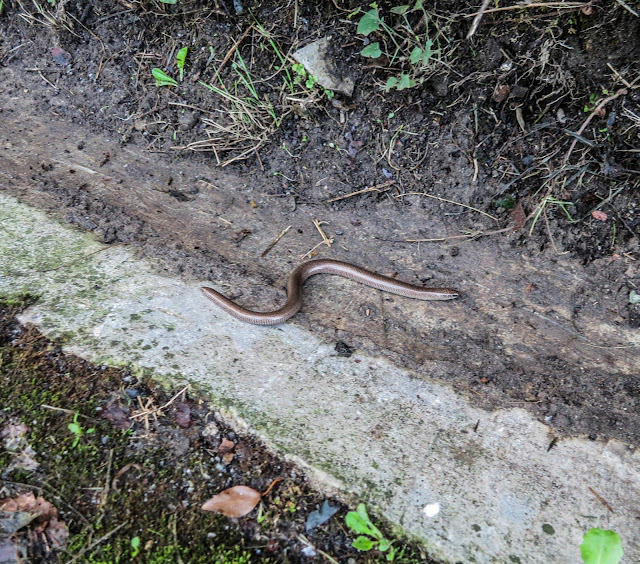 This little guy gave us quite the adventure. We were exploring this really old and bizarre amusement park that was up at the top of the hill beside our hotel, and where the funicular ran, and which had great views. We were walking along when all of a sudden Jerome grabs my arm and yells "Watch out!" Assuming there's something ahead I haven't seen, I immediately stomp my foot down in place without stepping forward, and proceed to step on this thing! It didn't' squish, it had a hard sort of shell, and after I stopped being surprised, we watch it for a bit. It looked like a worm shaped snake. It had a little tongue and everything, but was super slow, like a worm. It was the most bizarre creature. He slowly slithered away and seemed no worse for our meeting gladly. We looked it up and found out it was a "Slow Worm." Who knew! 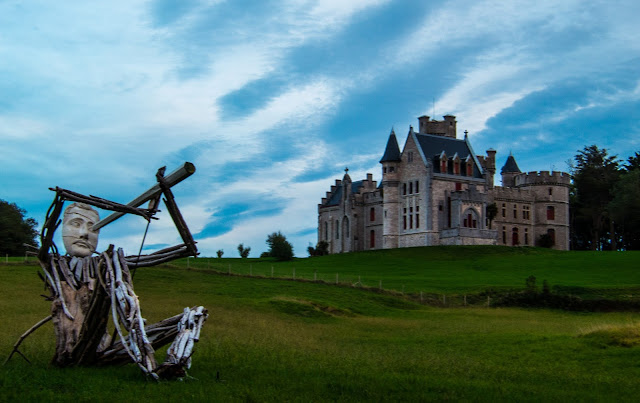 One of the days we were in San Sebastian we took a day trip into France to Hendaye, where Jerome had read about a great beach and little town. It was very pretty, and had neat caves and cool rock formations. Turns out it was also a nude beach, so it was an interesting experience. We also found a cool hiking trail which led us unexpectedly to this castle. And all along it were these driftwood people doing various things. It was really cool! All in all San Sebastian had quite a few fun and memorable adventures packed into a few days, it was great! Next time we'll take you along to our next stop which was Carcasonne, France, and to stay at a B&B inside a winery!