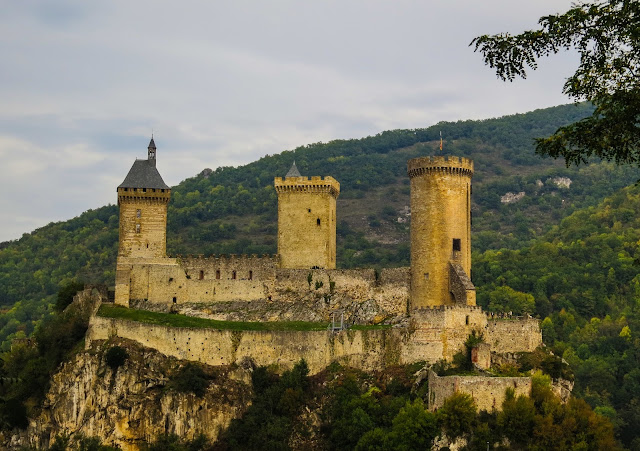 Click here to see our entire Carcassonne and Figueres album

We left San Sebastian and headed into France to a vineyard B&B near Carcassonne. On the way we stopped at several really pretty little towns in southern France like St. Lizier,  Foie and Mirepoix. The scenery was amazing and each of the small towns had really interesting features like a castle on a hill in the middle of it, an old fashioned town square, and a tasty place for lunch! 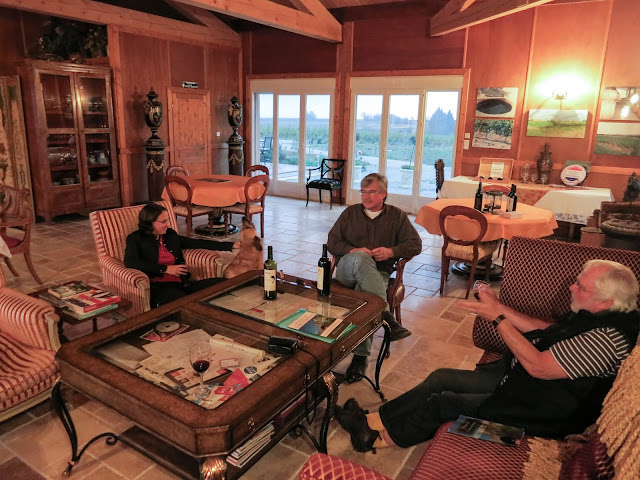 We found a interesting sounding place to stay online while we were in San Sebastian and booked ahead at O'Vineyards. It is a small B&B and winery run by a couple. Liz does all the amazing cooking, and Joe does most of the work in the winery. We arrived and were met with a wine tasting, and chat before Liz's great dinner which included Coquilles St. Jacques, Sausages, Ginger and Salmon Salad and a banana coconut tart with homemade caramel sauce. All accompanied by their own wine of course! 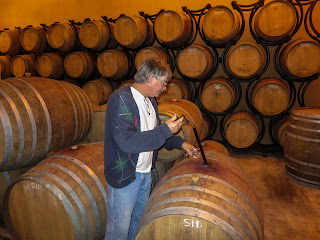 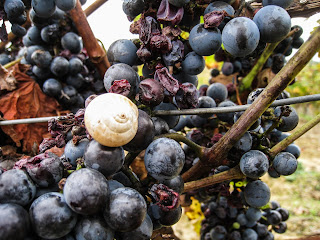 In the morning we got a short tour of the winery and the vineyard and then headed out for our day in Carcassonne. Liz called ahead to a restaurant on the way that had a great fixed price lunch menu where we stopped for a great lunch. Click here to see food pictures. We definitely ate well in Southern France! 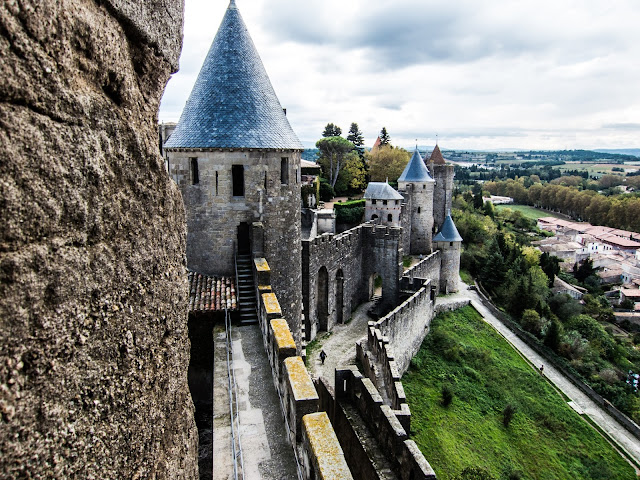 We spent the whole afternoon in Carcassonne exploring the old walled city and castle. It was super interesting. We walked along all the walls and explored all the little roads and nooks and crannies that we could get into. We also took a ton of pictures! 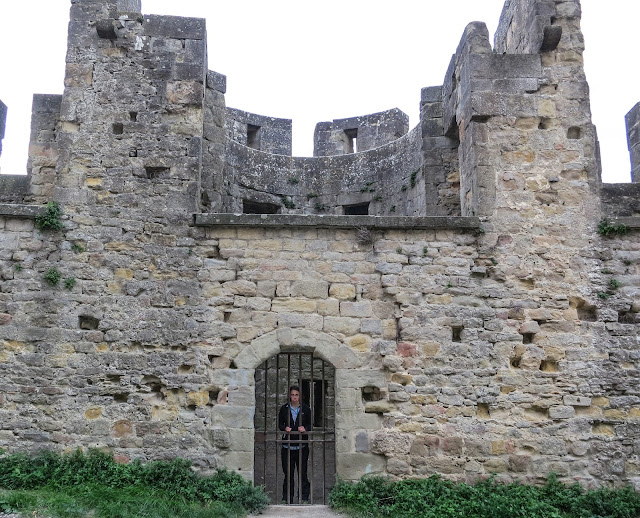 Jerome even found a cool little alcove which he closed me into while I was exploring! 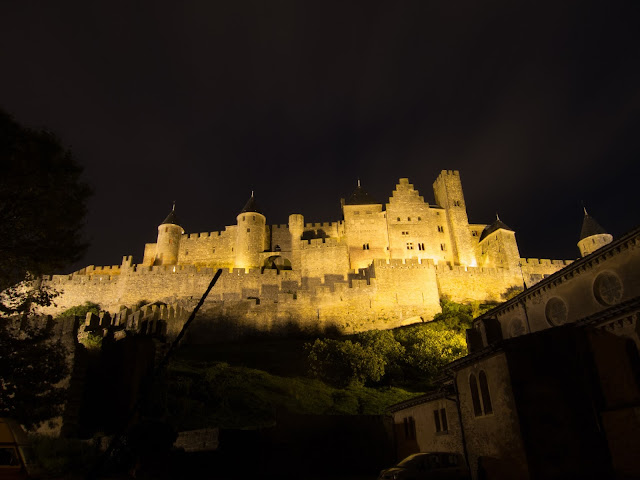 We had Crêpes for dinner in the new part of the city while waiting for it to be dark, so that we could try our hands at some interesting night castle photography.

The next morning we said goodbye to Liz and Joe and took off for Figueres, Spain. And we nearly did take off! The wind was crazy that day, and we heard after we arrived safely at our hotel, that the winds had been gusting up to 200km/h!!! The highways are all very well marked for such occasions with warnings on billboards and windsocks along the way. 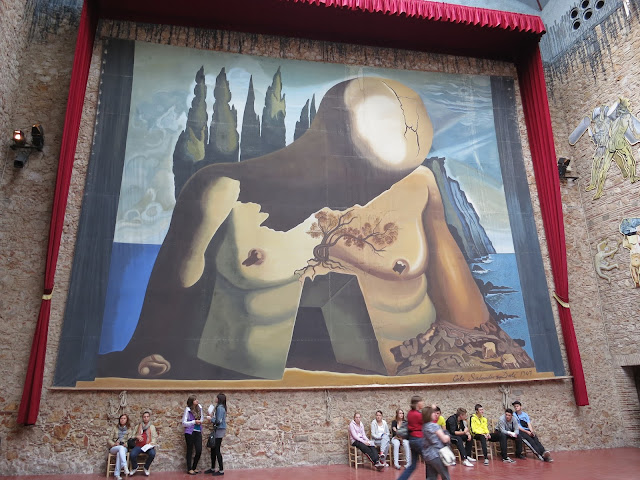 We stayed in Figueres for just one night, so that we could go to it's famous landmark - the Salvador Dali Museum. He lived in this town and designed and built most of the museum himself. It was very interesting and different as you'd expect! There were giant paintings, pieces of art that were coin operated, and all sorts of bizarre and amazing things. 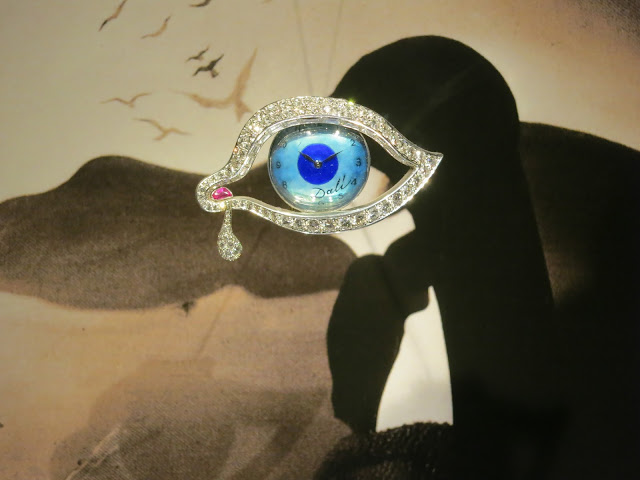 One of the really neat things at the museum, was something we'd never heard of. At some point Dali was commissioned to make a whole series of jewels. They have characteristic Dali-esque shapes and themes, but are made from precious stones and metals. There was even a tiny heart that beat with a minuscule mechanism inside it. The whole exhibit was very impressive!

View Jerome and Laura's Trip to Europe in a larger map

You can see our foray into France here on the map. We stayed at the hotel after seeing the Dali museum and then took a very early start to head to Barcelona for the last of our adventures in Spain! We had to have the car there by 11am to drop it off. Conveniently for us it was Daylight Savings day that day, so we got to sleep a bit extra and got there no problem. But the rest of that story will be told in the next installment!