Saag is one of my favorite indian dishes. We almost always get it when we go to Rajjot.  I figured that it was about time for me to give it a try myself.  I based my recipe loosely off of the one found here: http://www.food.com/recipe/saag-chicken-100674, although we had some variations -- we didn't include chicken in the saag, I doubled most of the spices, and I added in a couple thai chilies.

Saag is a spinach-based dish. By the time the spinach is cooked down and then blended, a huge amount of spinach becomes a small bowl of saag.  We used 6 bunches of spinach ( we tried to use avoid using the stems, but I think this was more work than it was worth).


I boiled the spinach in batches - I think in total, we had three or four full pots of spinach.

The base consists of garlic, onions, ginger, tomatoes,  salt, cayenne pepper, ground coriander, turmeric, cloves and cardamom. In retrospect, I think I should have blended this to give a smoother texture - our saag ended up with little lumps of onion and tomato that, which wasn't quite what I wanted. 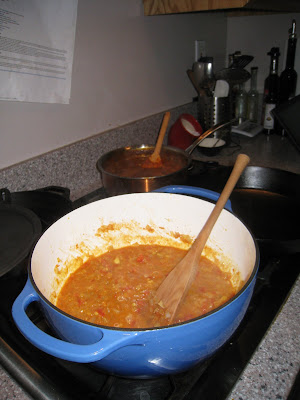 The spinach paste is the added to that mix. The recipe says to cook about 15 minutes longer.  We had some after about 15 minutes, and I kept the rest cooking longer.  I actually preferred the saag that was cooked a little longer. 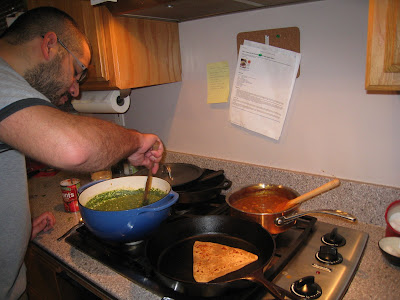 As an accompanying dish, I tried my hand at creating a chicken curry.  I had no idea what I was doing, but it actually turned out quite well!.

I started with a lot of spices.  I don't quite remember what in this mix - but I believe they are:

I think I also added clove powder later on, as well as a few pieces of star anise, cardamom and bay leaf. 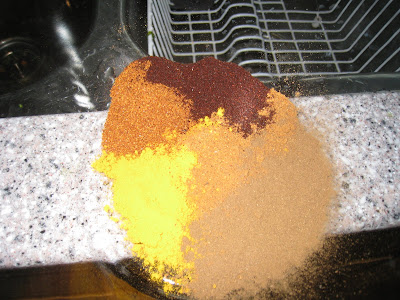 I added some oil and water and mixed this into paste 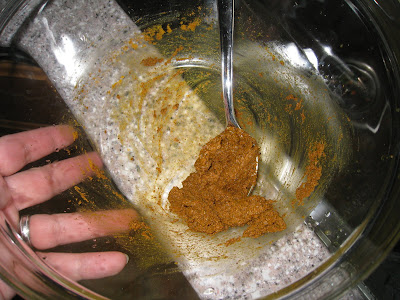 And combined it with tomato paste. 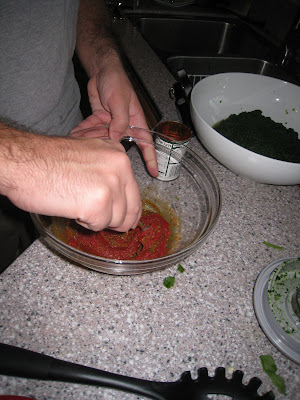 I cooked up some onions and garlic and added in the paste. 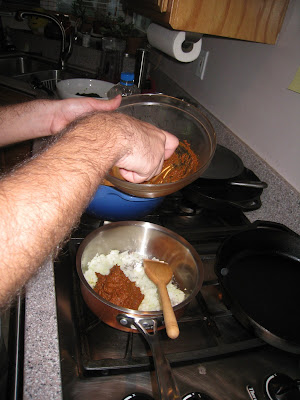 Finally, I added in cut up chicken breast. 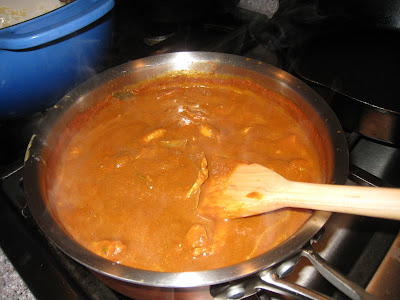 The end result was surprisingly good!  I had not real expectations, but Laura said the curry was as good as any we'd had at rajjot before! 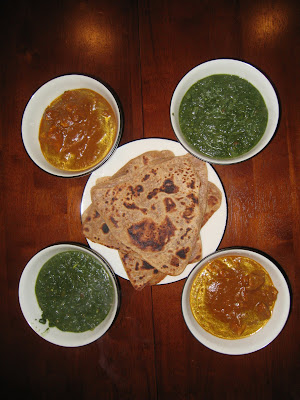 Laura cooked some paratha (we bought them and the indian grocery store - they're pre-made, all we needed to do was heat them in the skillet). 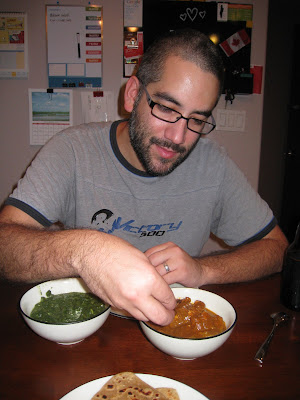 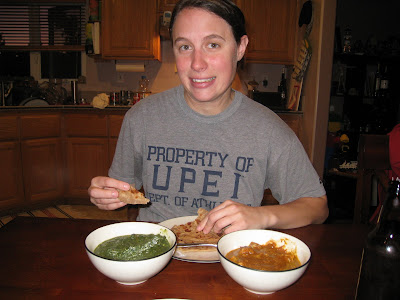 Overall - the meal was a big success. I'd definitely give this a try again!

Posted by Unknown at 6:35 PM
Labels: indian, JAM
Email ThisBlogThis!Share to TwitterShare to FacebookShare to Pinterest