Finally we have arrived at the final post about our trip last year. It seems to have taken me almost exactly a year since we returned to get them all done. But I hope you've enjoyed them despite the lag. I sometimes still can't believe that we were lucky enough to have the opportunity to go on such a grand adventure. Almost everyday I remember some part of it, and cherish the memories. We got to see so many interesting places, and meet up with friends and family along the way! Thanks to all of you who gave us encouragement, suggestions, a place to stay, or met up with us! 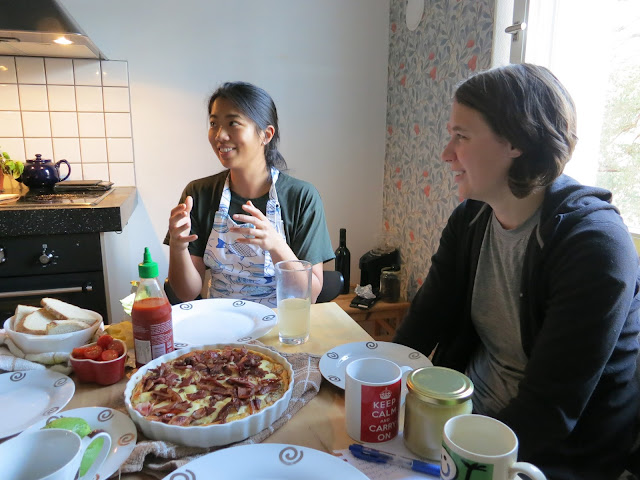 We left off in Barcelona, where we caught a flight to Sweden. It wasn't on our original itinerary, but while we were in Morocco, we got an email from Kim, telling us that she would be arriving to live in Sweden about a week before our flights home.  So we flew from Barcelona to Stockholm on November 1st of last year, arriving at the airport only and hour after Kim! Aaron had already been there for a while, and so picked us all up and took us to the apartment, where much catching up and eating and merriment began. 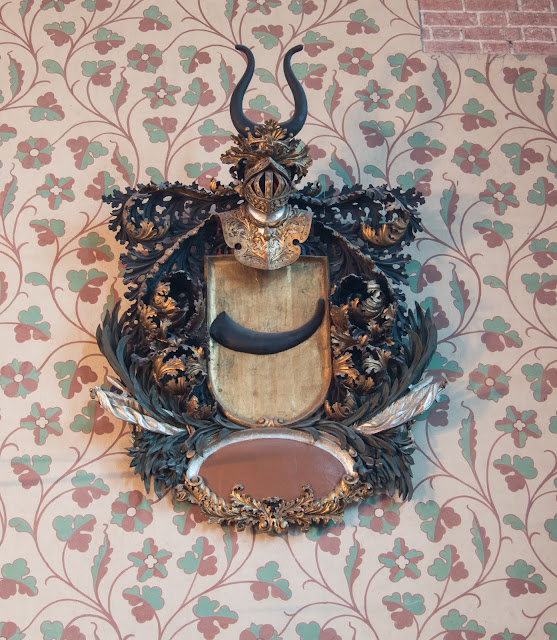 The next day after an excellent homemade breakfast, Aaron took us all on a tour of Uppsala where they are living. We visited a really interesting church which had a unique Scandinavian feel to it. There was wall paper, sculptures, logs of carved wood, and ornate crests like this one. 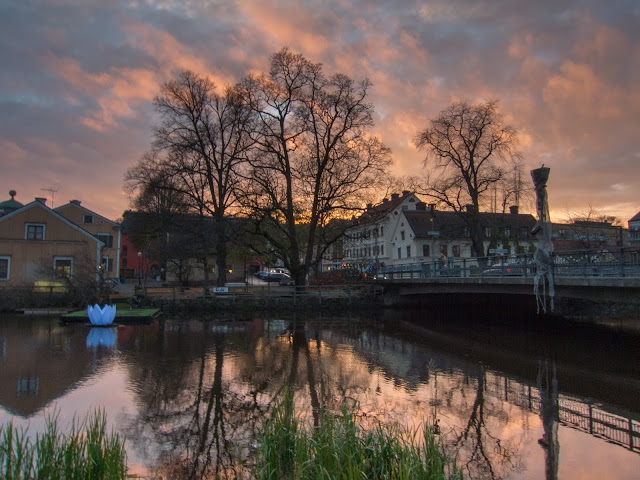 The town was really interesting, with lots of neat little shops and stuff. We picked up food for dinner at a farmer's market, had an afternoon snack and coffee at a little shop, and then had our mental clocks thrown into confusion when the sun started setting around 3:30 in the afternoon! 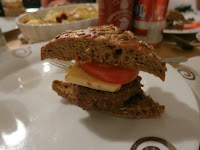 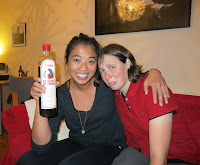 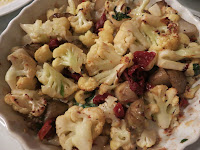 That evening we had another great meal of reindeer sliders and a veggie mix from the farmer's market. We tried Fishshot (a liquor that tastes like menthol), which I did not enjoy at all... And we spent the evening in the apartment's sauna, experiencing the fun that has to offer, over beers and tales of our adventures. 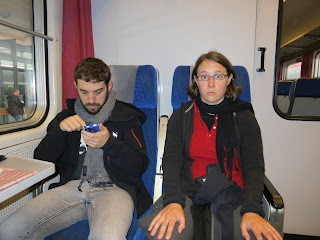 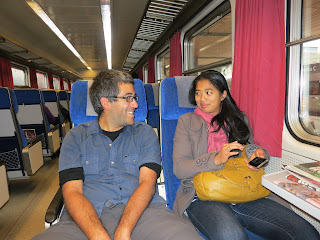 The next morning we took a train to Stockholm to stay for a few days. We played many games of Tichu on the train. We arrived at a little hotel just outside of the city, dropped our stuff off, and took another train into Stockholm itself. 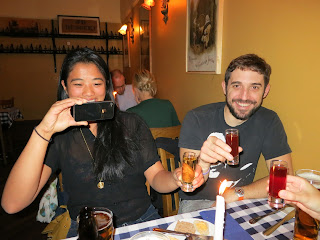 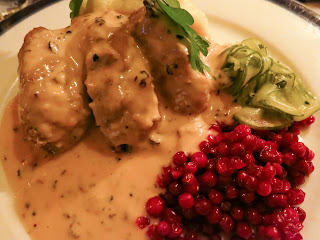 On the recommendation of one of Kim and Aaron's friends we had dinner at Bla Dorren, which was really tasty and fun. They had homemade schnapps there in lots of different flavours which was really cool. We tried quite a few of them, my favourite being the horseradish one, that I was jokingly dared to try! The downside, was that the price ended up being by the ounce, not the glass as we had thought, so they weren't quite as awesomely cheap as we originally thought. The food was great too, we all had tasty things, Jerome opted for the very traditional Swedish meatballs with lingonberries! 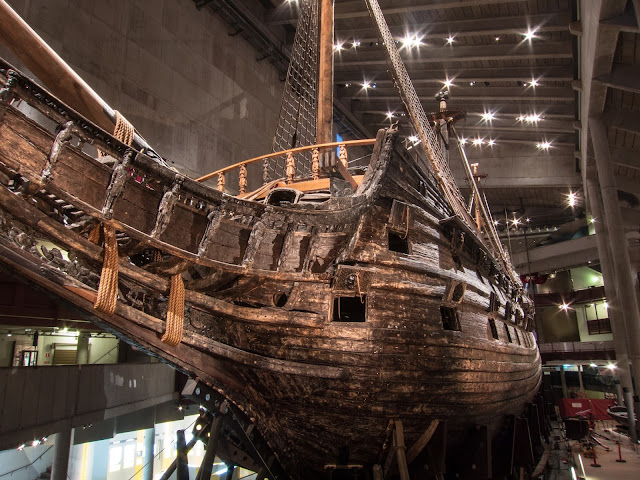 The following day we explored some more, and went to the Vasa Museum. It was really interesting. It contains a ship that sank in the 1600's on her maiden voyage, but that was preserved because of the salt water and cold temperature. They were able to salvage it in immaculate condition, and study why it sank so quickly. One of the interesting things about it, was that the two halves of the ship were made by different groups, who each had a slightly different measuring system, so the two halves were different lengths! If you're in Stockholm it is worth the trip. It is one of the few museums I've gone to where I've read every single panel of text because it was so well put together, and the story was told in such an interesting way. 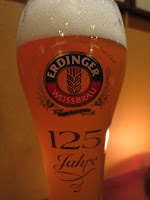 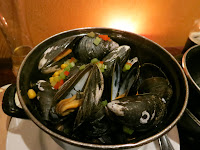 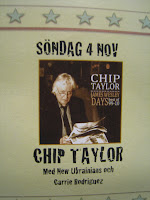 For dinner we went to a bar recommended to us by the bartender the night before. They had a huge beer selection. We were lucky and got the last table for dinner! We tried all sorts of beers, and they had excellent buckets of mussels. We were about to head out, when we realized the stage was all set up for live music, and so decided to see what it was all about. Turns out Chip Taylor was playing. We weren't really sure who he was at first, but turns out he wrote Angel of the Morning, and Wild Thing, so it was pretty cool. 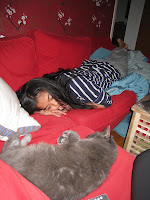 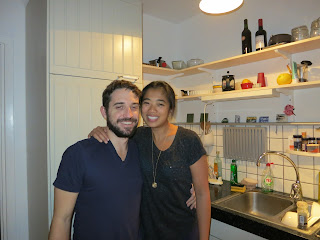 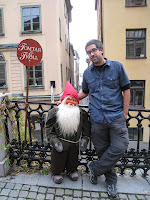 The next day we headed back to Uppsala, and just hung out with Sven the cat, made and ate some food and played games. Much fun was had by all. Jerome also made a friend out of Tomtar!

We said our goodbyes to Kim and Aaron and headed back to London for a few days before flying home.  And we had to take a picture of the giant Ikea we saw on the way to the airport.

We arrived in London, and made our way to our Airbnb place. It was a room in an interesting housing complex known as Peabody houses. Our host was very nice, and gave us a cup of tea upon arriving. We had made arrangements to meet up with some of my friends from school, so we headed out, taking a bunch of cool night shots of the City along the way. 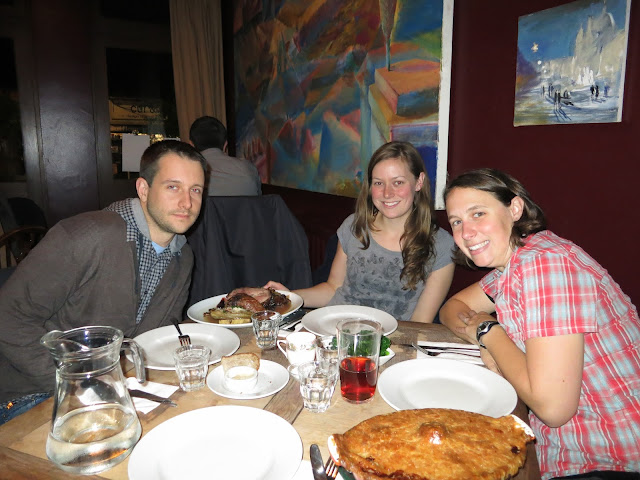 We met with Christianne and Dave at the Anchor and Hope and had a great dinner with them, catching up on old times, and their adventures living in London for a year.


The next day we spent buying tea. We went back to Twinings and Harrods to get tea that we'd made notes we liked 3 months ago. That night we had an exciting event that we'd been looking forward to for weeks. Jerome happened to find a dinner experience based on Fawlty Towers which is one of our favourite shows. It was amazing and hilarious! Three actors portrayed Basil, Cybil and Manuel, and they recreated the highlights of the show while interacting with all the diners. The lady next to us got false teeth in her soup, and Manuel's "pet hamster" got away in the room. It was quite wonderful. Here's the link to the video Jerome took of part of it. 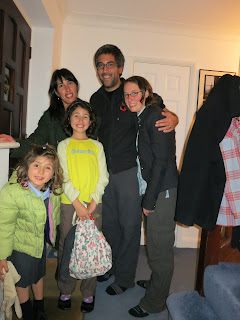 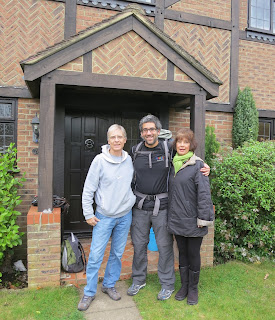 The next day we turned in our Oyster cards, took a last look around London and grabbed a train to visit and stay over at Jerome's cousins house. His Aunt Kat and Uncle John picked us up and brought us to their daughter Joelle's house. I got to meet Joelle and her sister Lisa and all their children for the first time. We had a great dinner all together and had lots of fun playing with Susie, Paige and Lukas and got to briefly say hi to Emily who was off to Brownies. It was a bit of a whirlwind stay as we had to leave the next morning. But it was wonderful for me to meet all these cousins I'd heard so much about and for Jerome to get to see them again. In the morning we said goodbye to everyone, Kat and John took us to the airport which was fairly nearby. On the way though, they took us to get a famous British Christmas Pudding to bring home for Christmas! 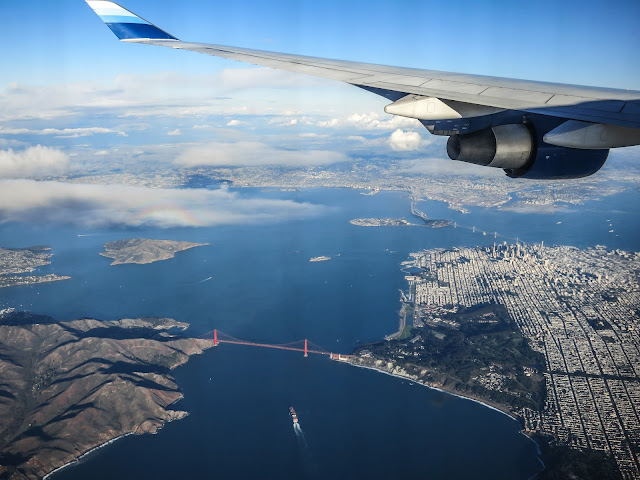 The flight home was long, but direct. We took an interesting arc over the Greenland and the Canadian Arctic and saw some interesting scenery there. We spent the flight making our last journal entries, and talking about what our favourite things were. Our path took us right over the Golden Gate Bridge, so we snagged this one last picture just before we landed. We arrived home on Friday afternoon, spent the weekend unpacking and recuperating, and then headed back to work and reality on Monday! I really hope you've enjoyed hearing about our great adventure, we've appreciated all the comments and encouragement we've gotten along the way and enjoyed sharing it with you.

In case you missed it, here is a post about our packing list and what we brought home.

And here is one that answers some of the frequently asked questions about our trip.


View Jerome and Laura's Trip to Europe in a larger map