(This is a post that Laura wrote up after we visited Bali, but we didn't end up posting it because I went snorkeling with our non-waterproof-camera in my pocket.  After several tries, I was luckily able to recover all of our pictures!)

Album of all bali photos

Laura -- After leaving the jungle, we headed back to Kota Kinabalu for 3 fun days of diving. We'll post more about the diving once we get home and can easily see the videos and photos.

We caught a flight from there to Bali, Indonesia and headed straight to Ubud for about five days. The first place we stayed was right beside the Monkey Forest. So naturally, we spent an afternoon there. The monkeys seemed to particularly enjoy climbing on Jerome. There were all sizes and personalities and we spent several hours watching them.  Here's a couple of them: 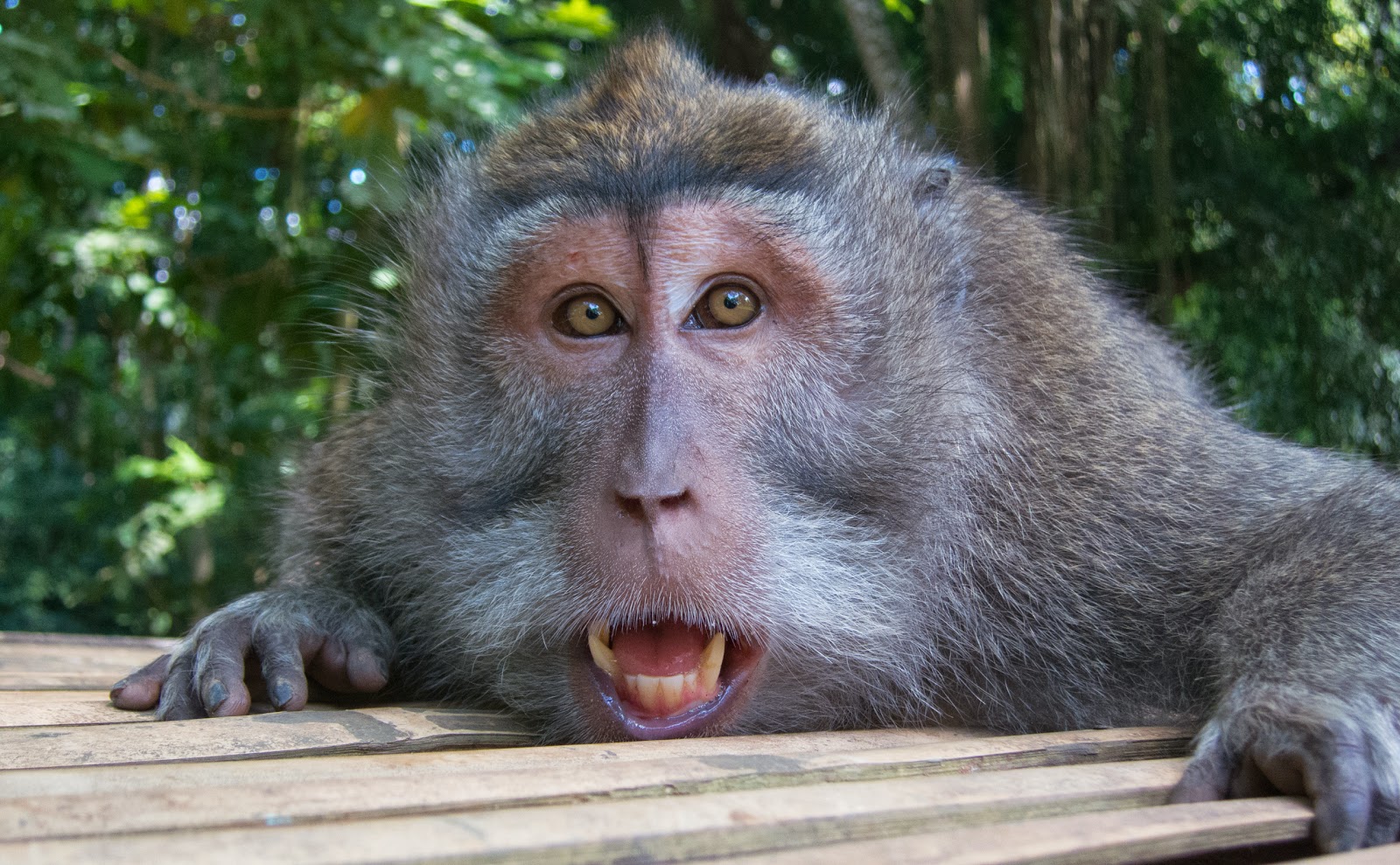 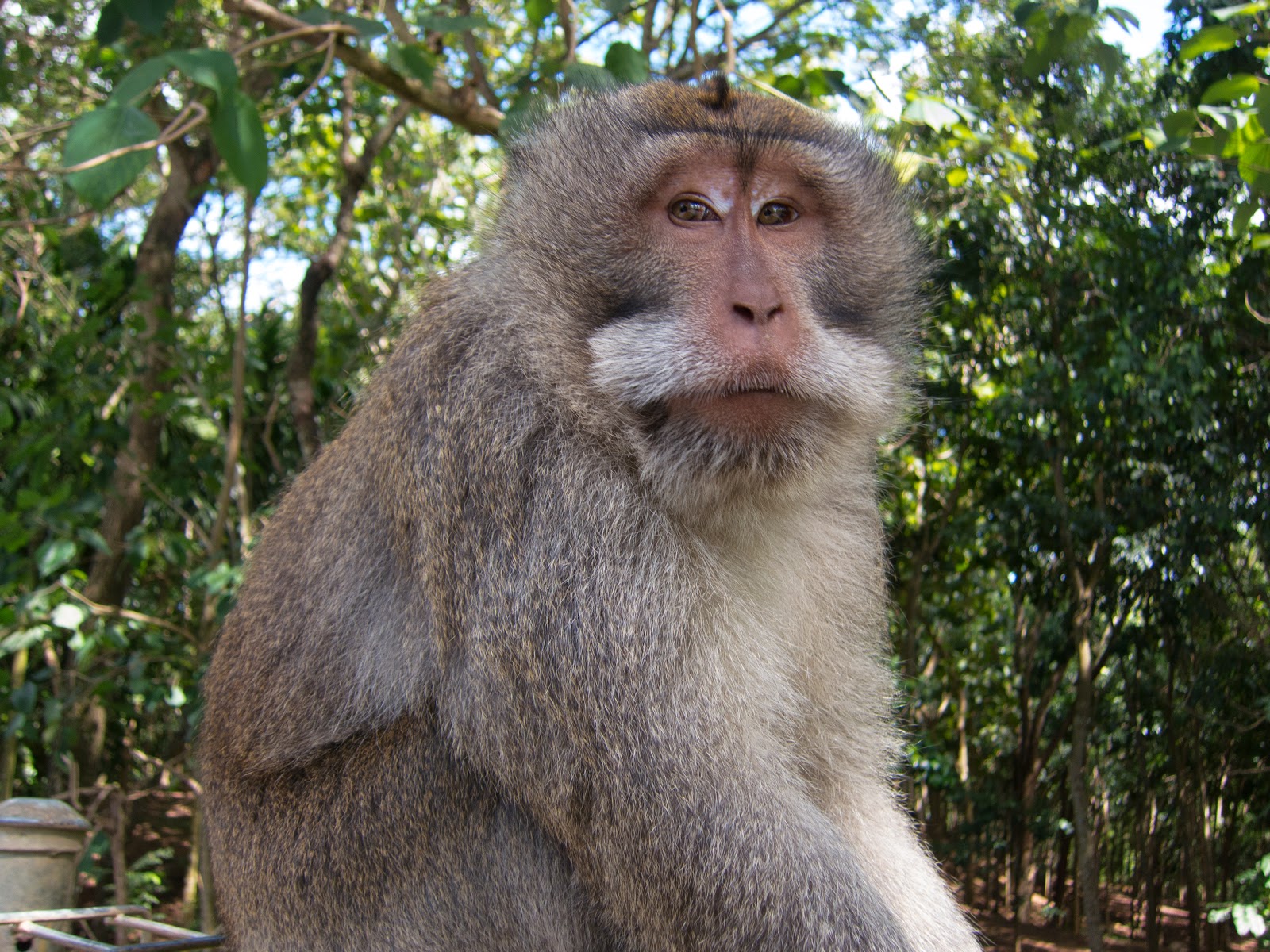 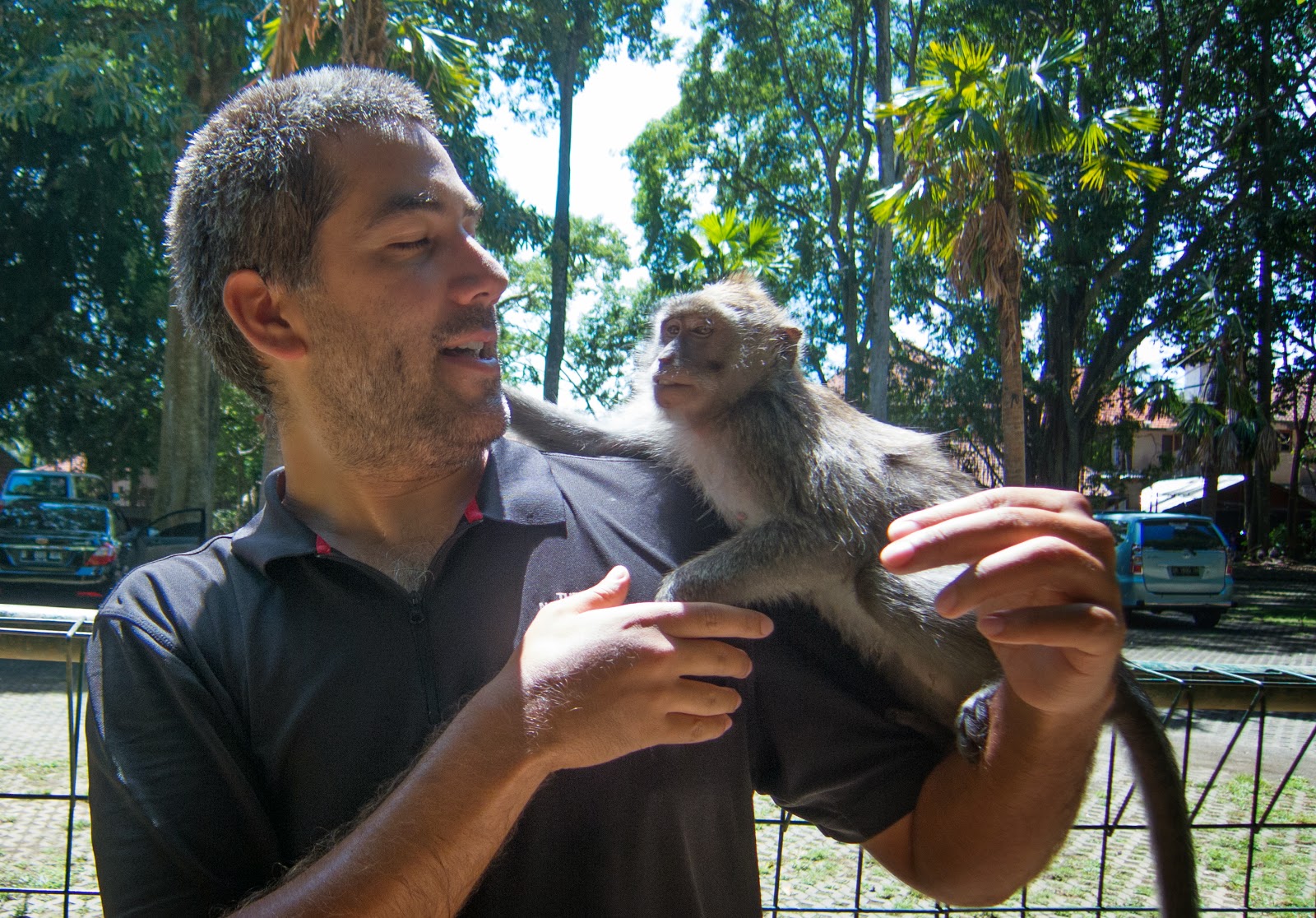 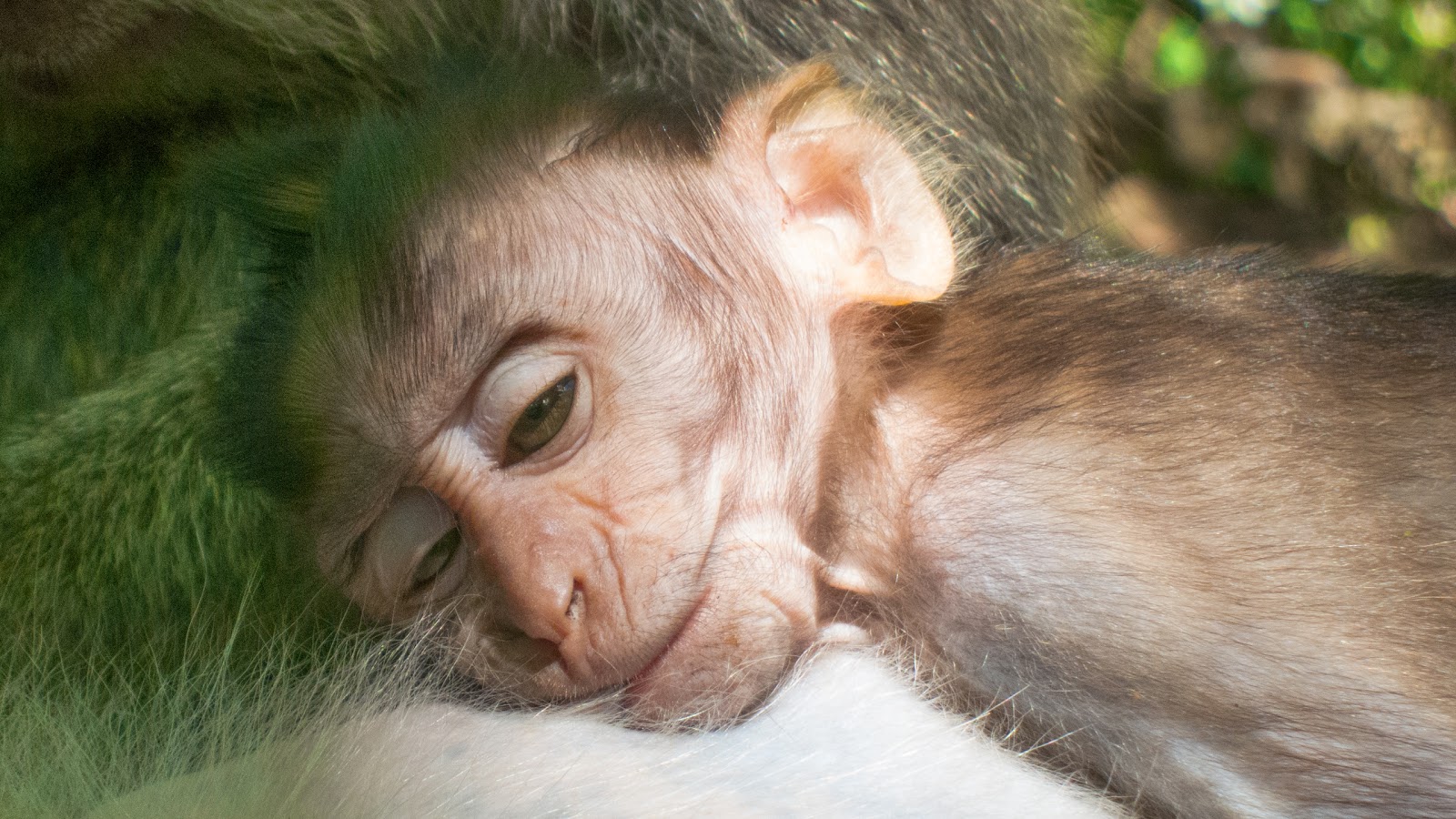 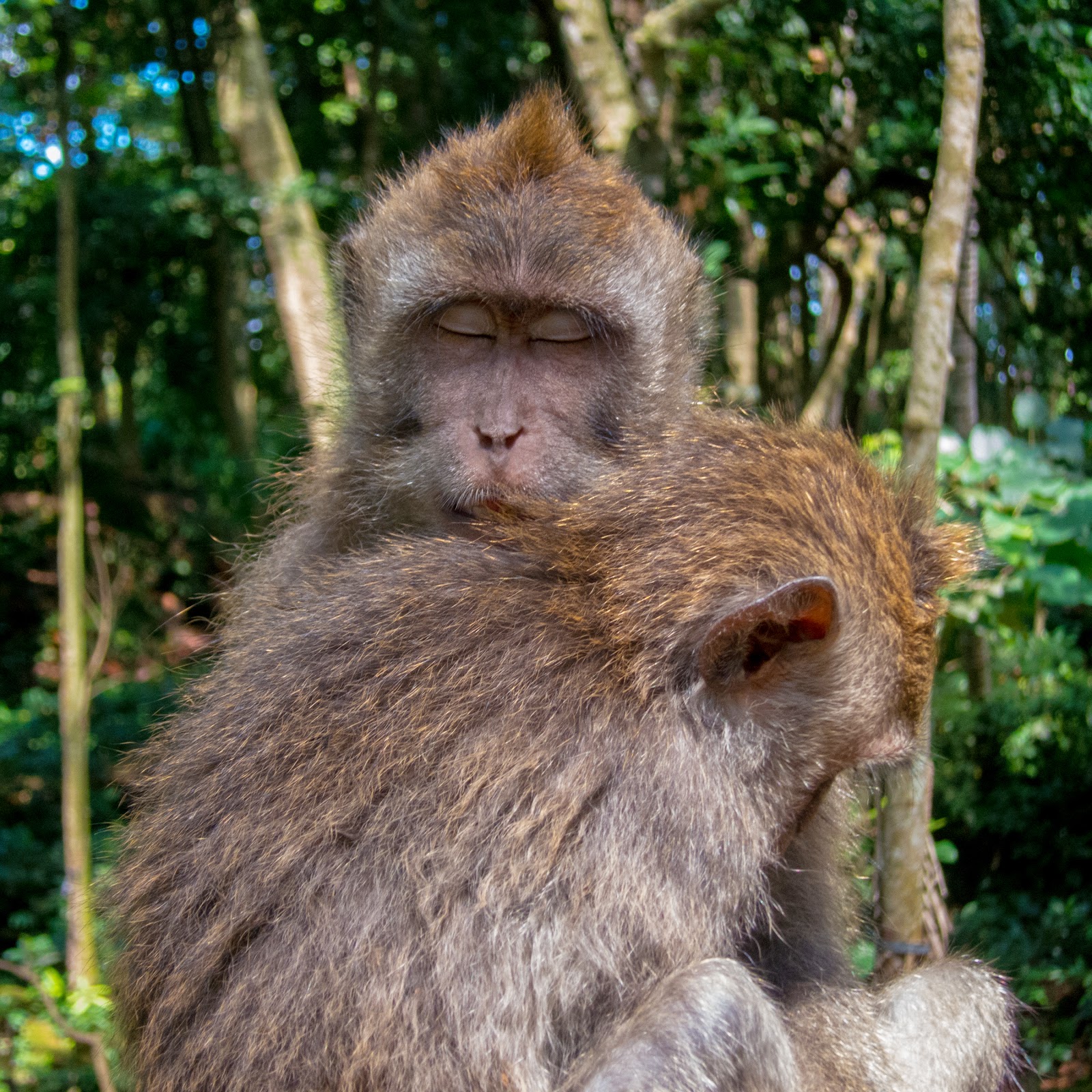 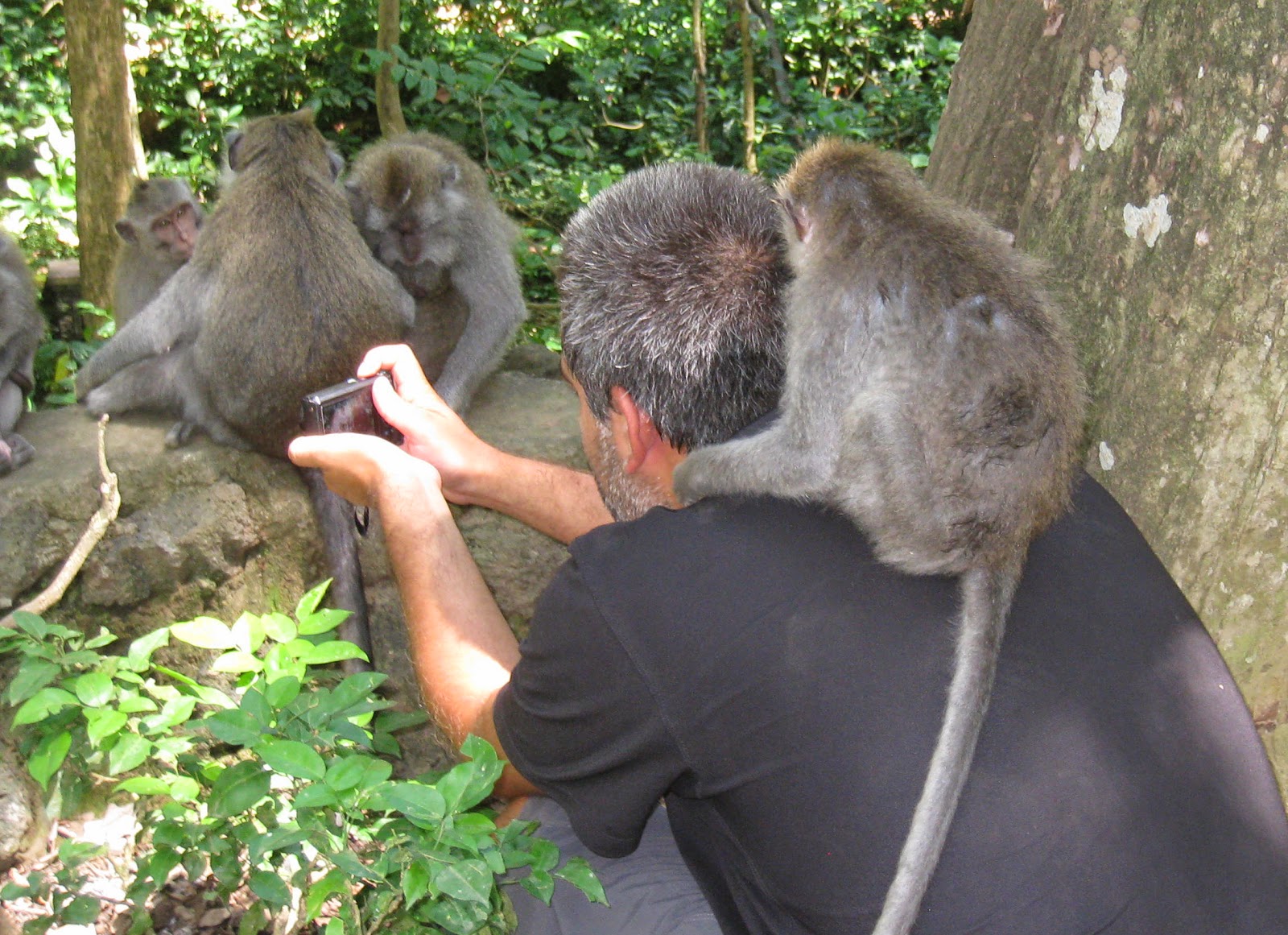 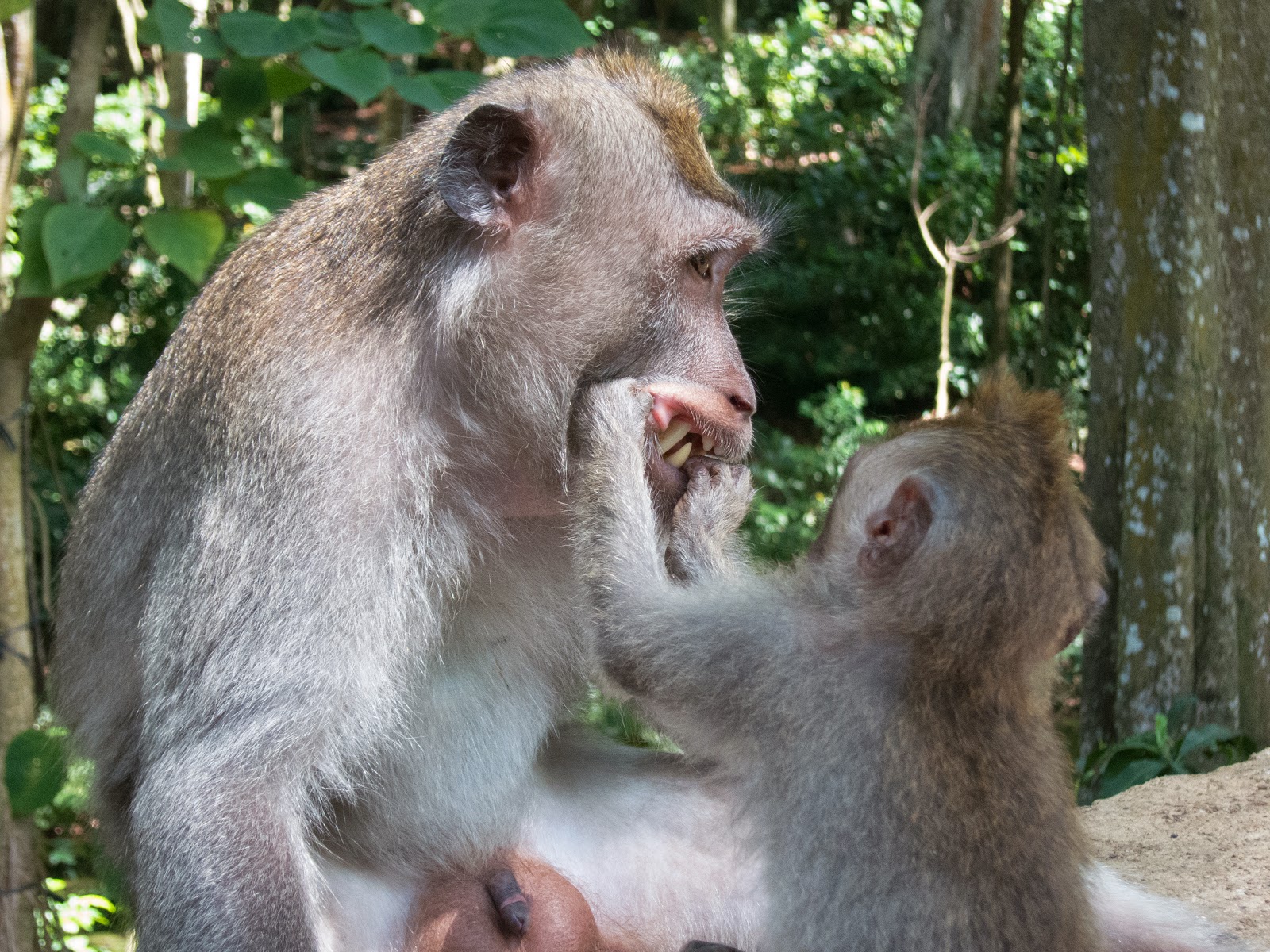 The next day we took a cooking class at Paon Bali. It began with a market visit where we learned about and tasted the different fruits from the area, such as mangosteens (our favorite) and salak. Then we were put to work - slicing, dicing, and grinding ingredients. Puspa the head chef led us in cooking nine traditional dishes! If you're curious, here's an online copy of the recipes. At the end we got to eat our spoils, and it was a very tasty feast!

The following day we continued expanding our knowledge, by taking a Batik making class. We arrived at 10am, and didn't finish until 6! We started off by drawing our design on paper. Coming up with the ideas of what to draw was quite a challenge itself. Once we were happy, we transferred it onto an 18" by 36" piece of cotton, also in pencil. Then came the tricky part. You use a special little device that holds wax and lets you draw on the fabric. There's quite a knack to it. If you have too much wax or tip it up too much it leaves a big drip on your picture . If you have too little, it won't write. And if you tip it down too much, it drips boiling wax on your hand! Needless to saw we each had a few drips, but overall did pretty well. Next we used metal stamps in hot wax to make geometric patterns along the border. Once the whole piece was outlined in wax, it was time to paint in the dye. It is a bit like a colouring book picture, except where the wax is now will be left white at the end. 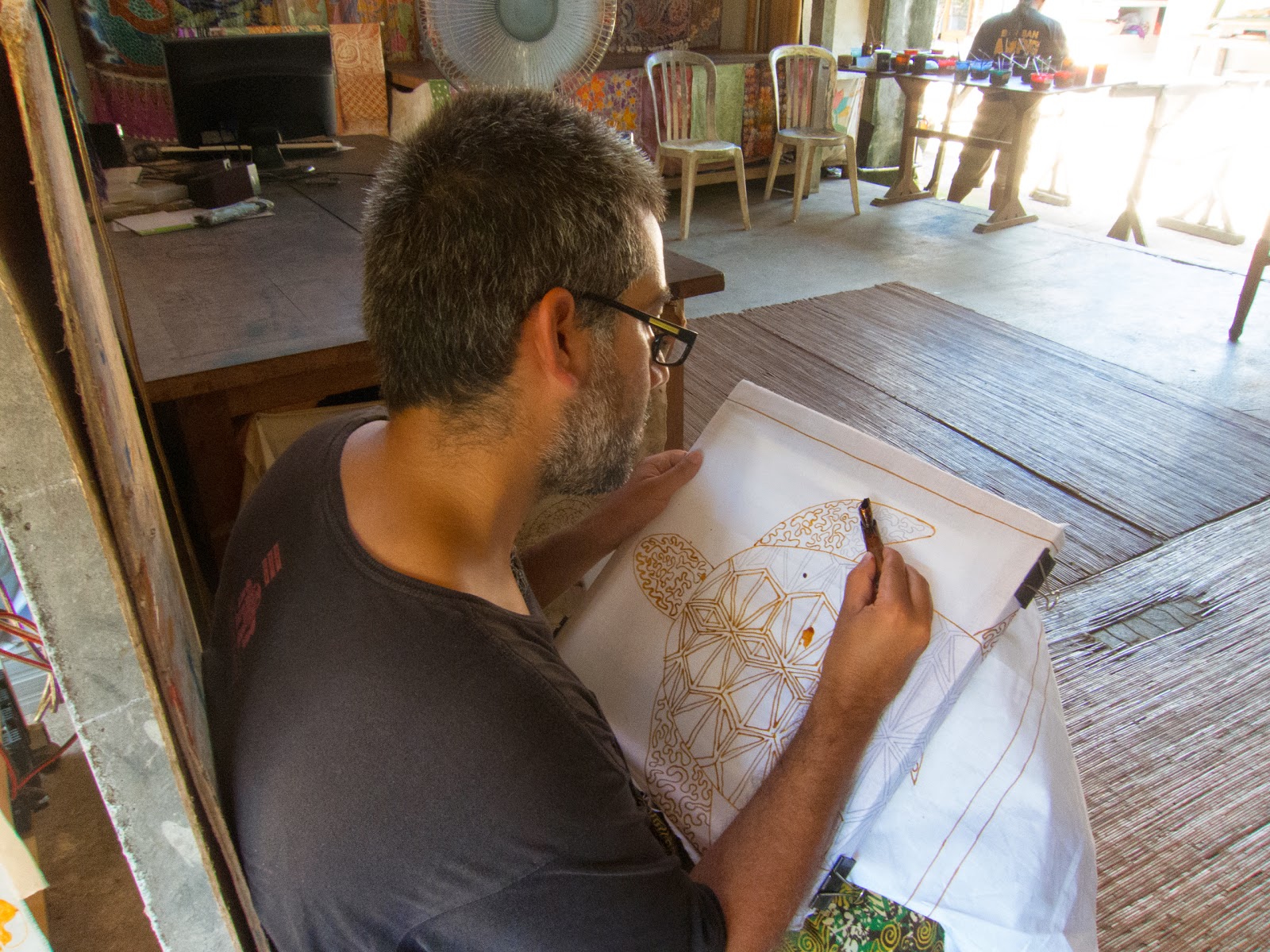 Choosing colours was interesting. There were about 15 colours to choose from, but they didn't all paint on with the colour they'd be in the end. So the pictures looked weird. For example the green dye paints on a dark purple, and then in the chemical setting process turns green. And the reds painted on very faint, but deepened with sun and water exposure. There was a colour wheel to use to figure out what the colours should end up like. 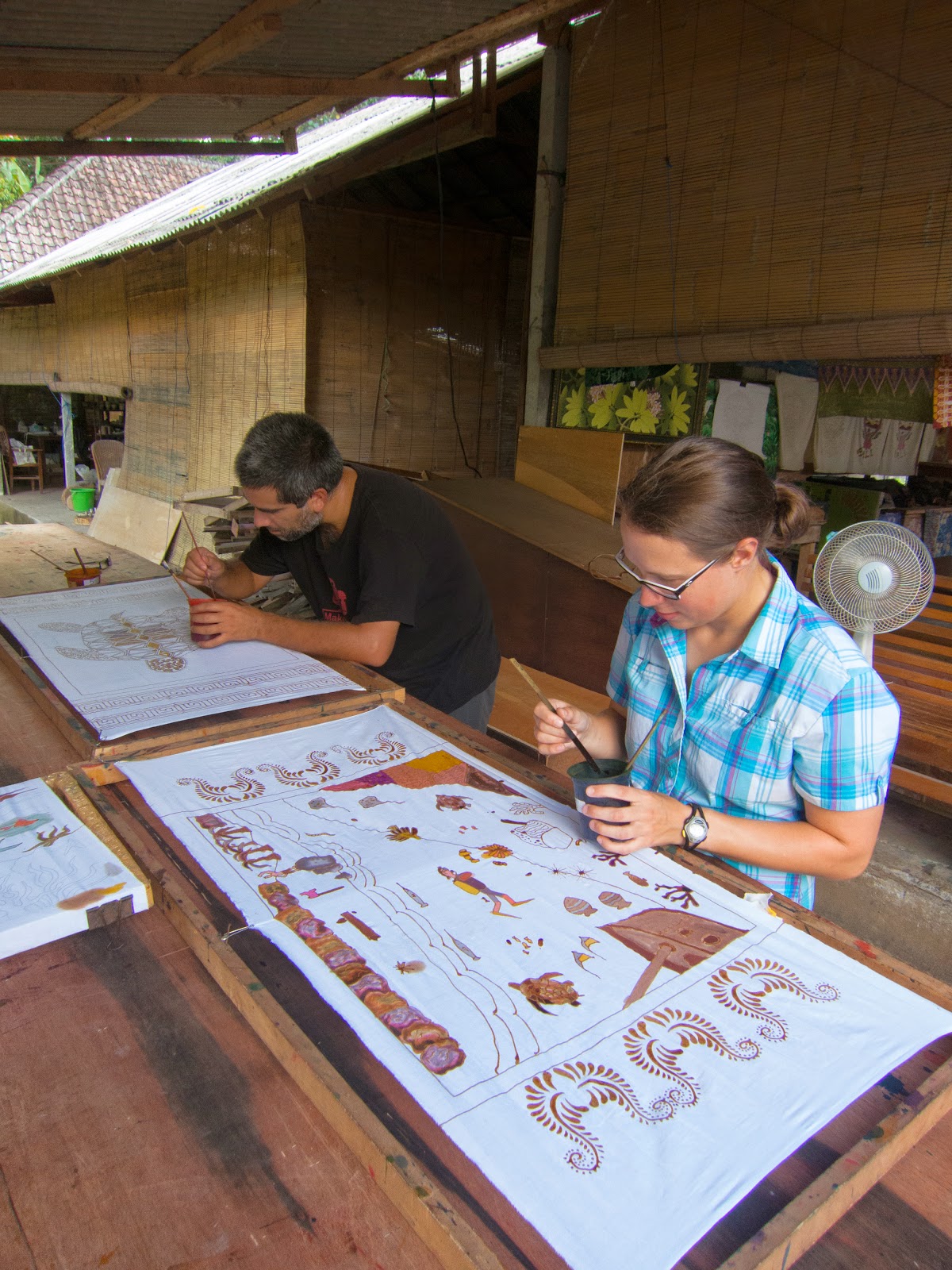 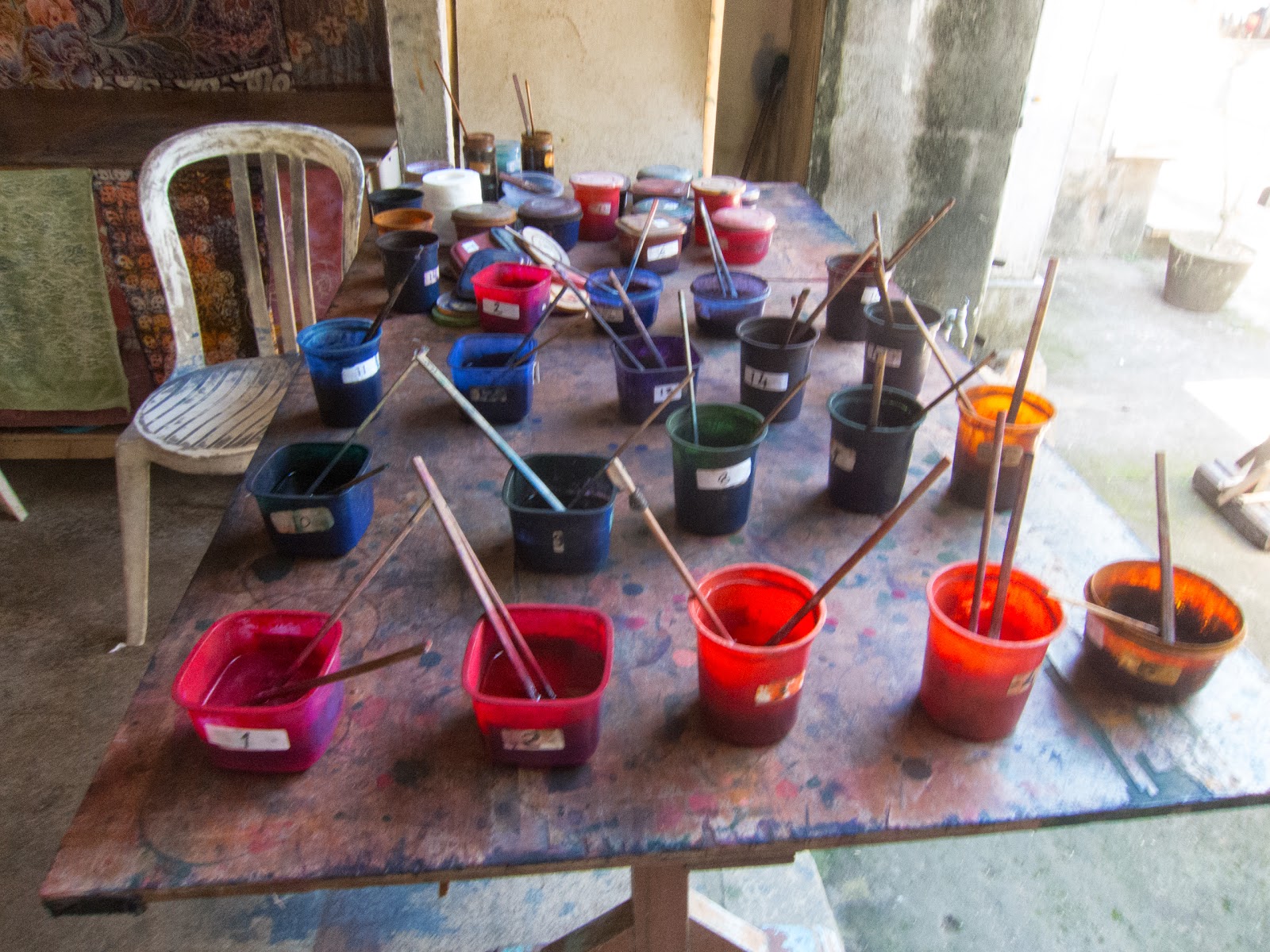 It took a long time but we eventually covered the whole cloth. They had to dry and then were ready for the magic. It was so neat putting them in the setting bath and seeing all the colours change! A few rinses in hot and cold water, and we were done! A very fun and productive day.


The next day, we were scheduled to go diving, and were up and ready to go by 6:30, only to find out it was canceled. We went back to sleep intending on only sleeping for an hour or so, but didn't wake up until the afternoon. So we explored the main street. Very interesting as every shop, house, car, moped has a small offering on it to the spirits. It was also only a few days before Galungan day - a biannual holiday to give thanks to the gods. So everyone was busy making decorations and more complicated offerings for that along the road. After dinner we attended a traditional Kecak and fire dance which was quite impressive. A large circle of men perform a rhythmic chant while dancers act out the story of the Ramayana. 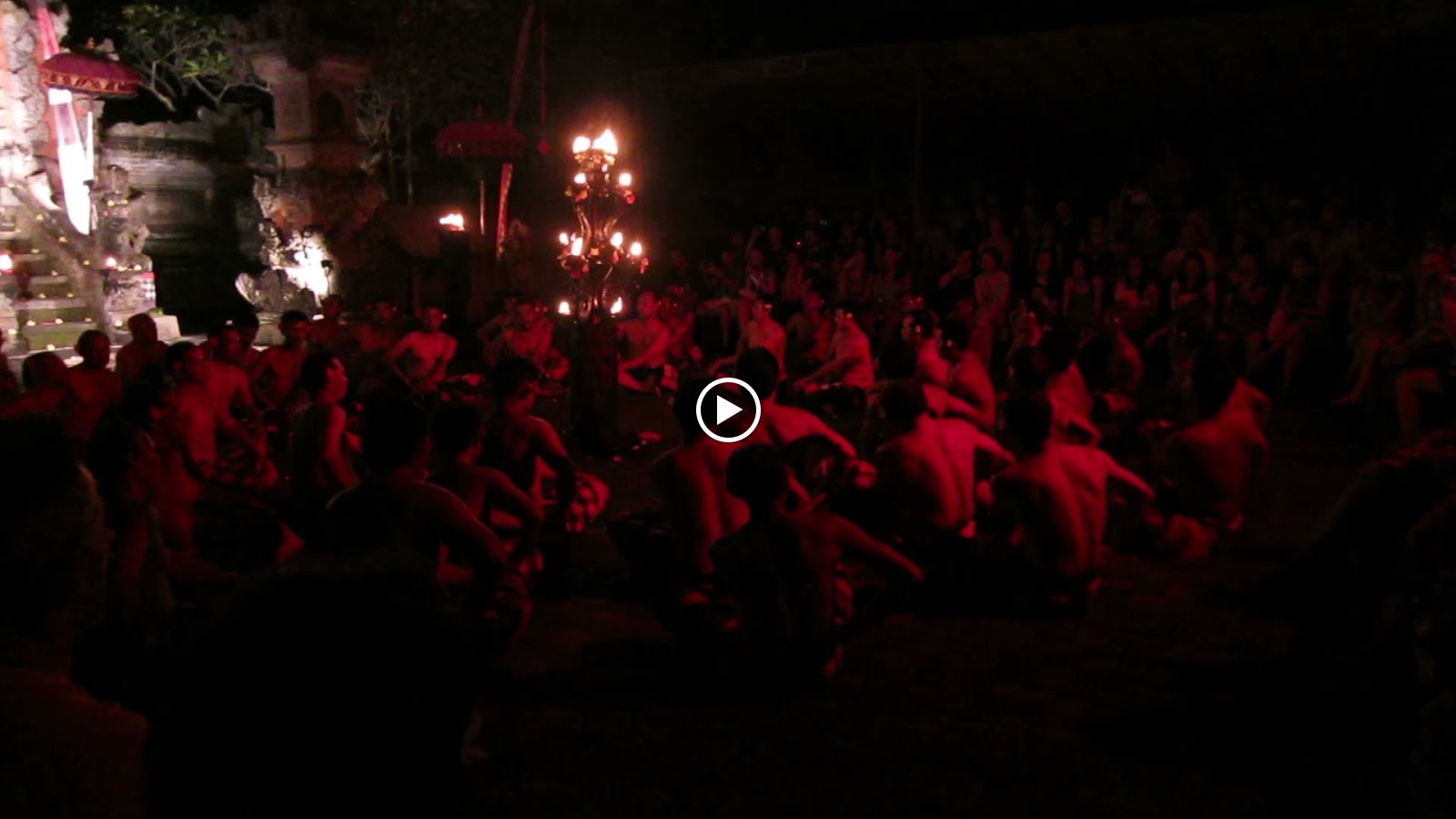 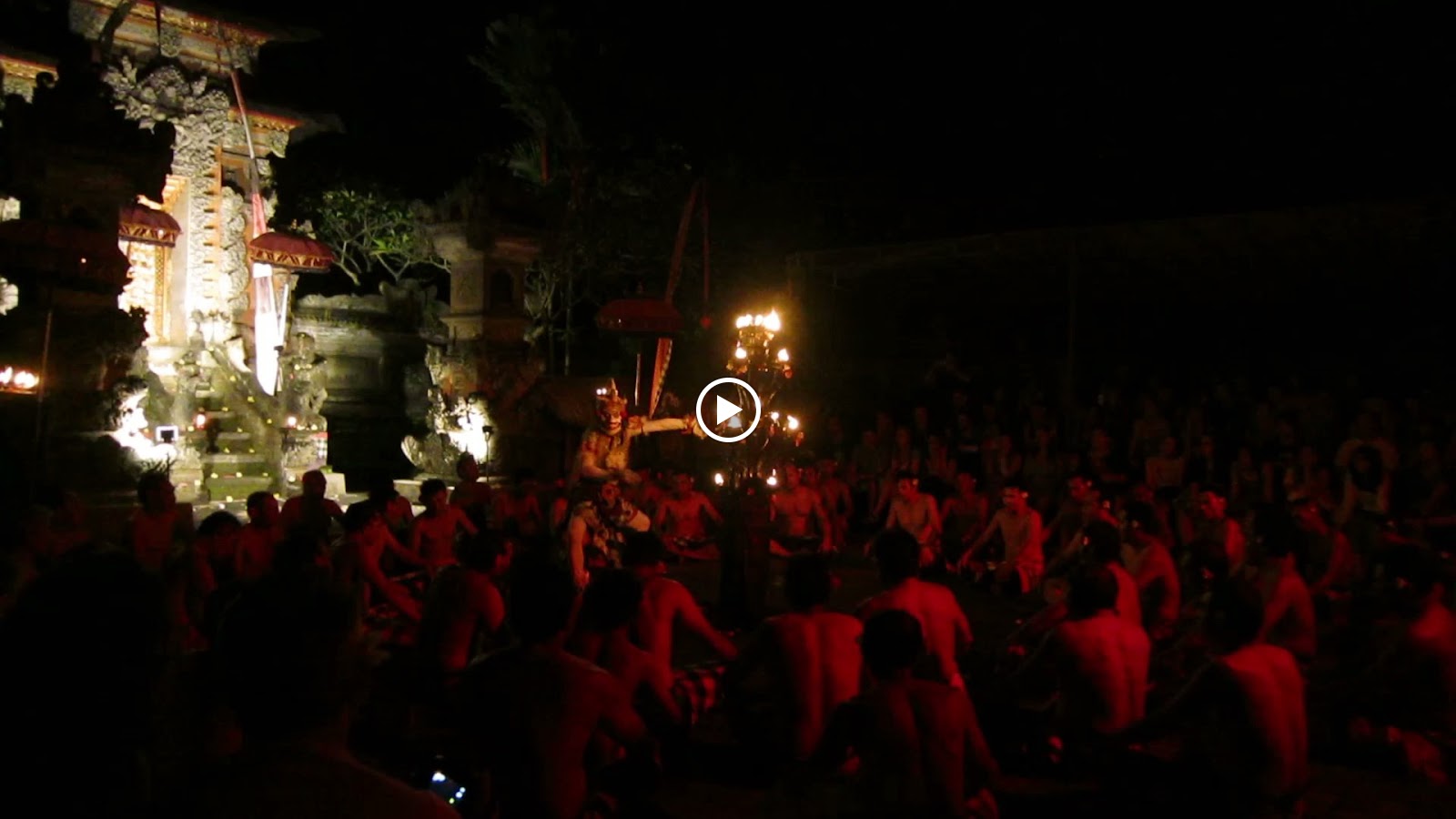 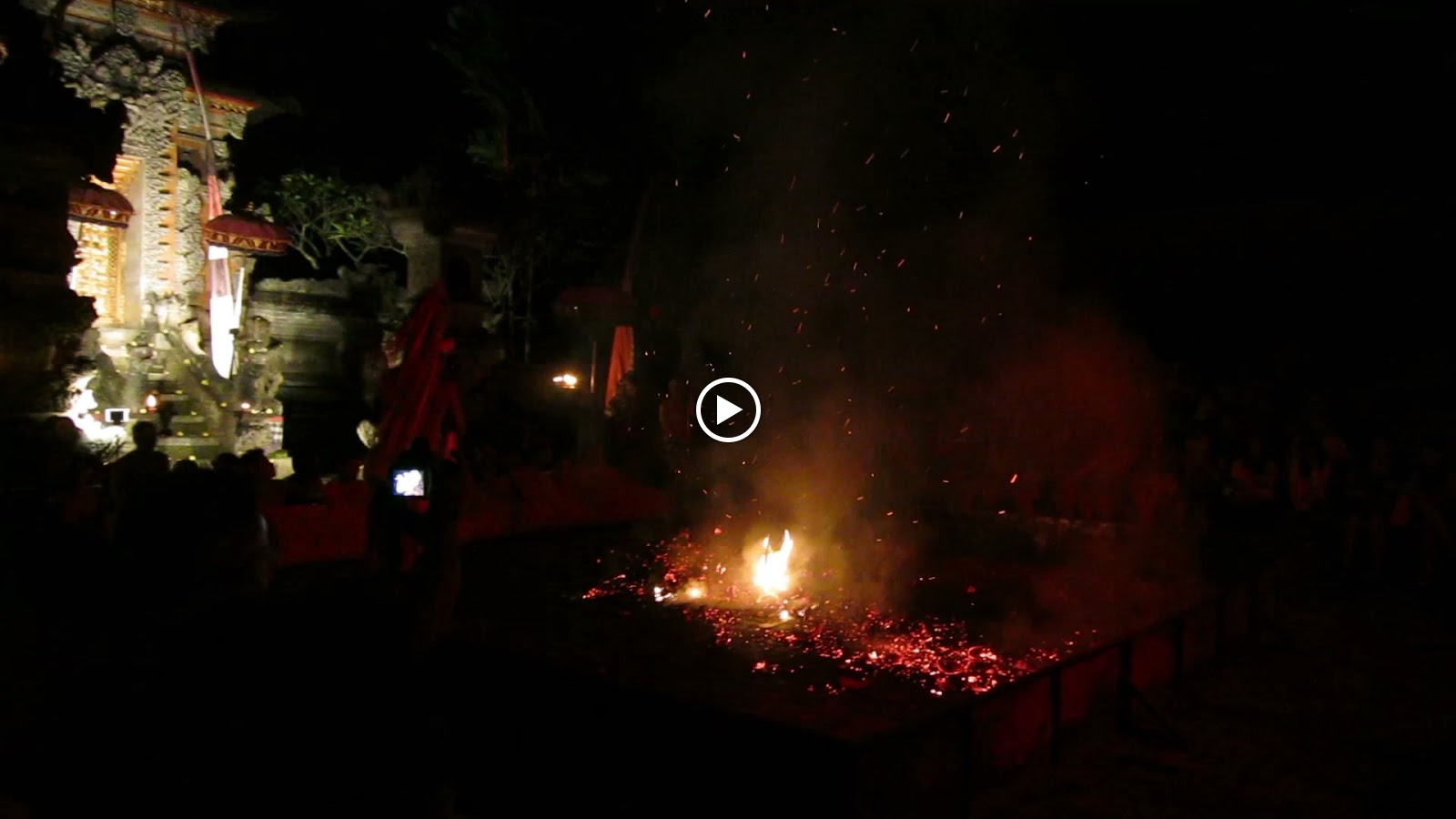 Our last day in Ubud was a bit of a splurge. We'd found this hotel, the Royal Kamuela Villa, with these beautiful villas and decided to stay for one night. We had a private pool, a king sized bed, a bathroom the size of the bedroom. It included afternoon tea, bedtime chocolates and a welcome foot massage. It was heavenly! 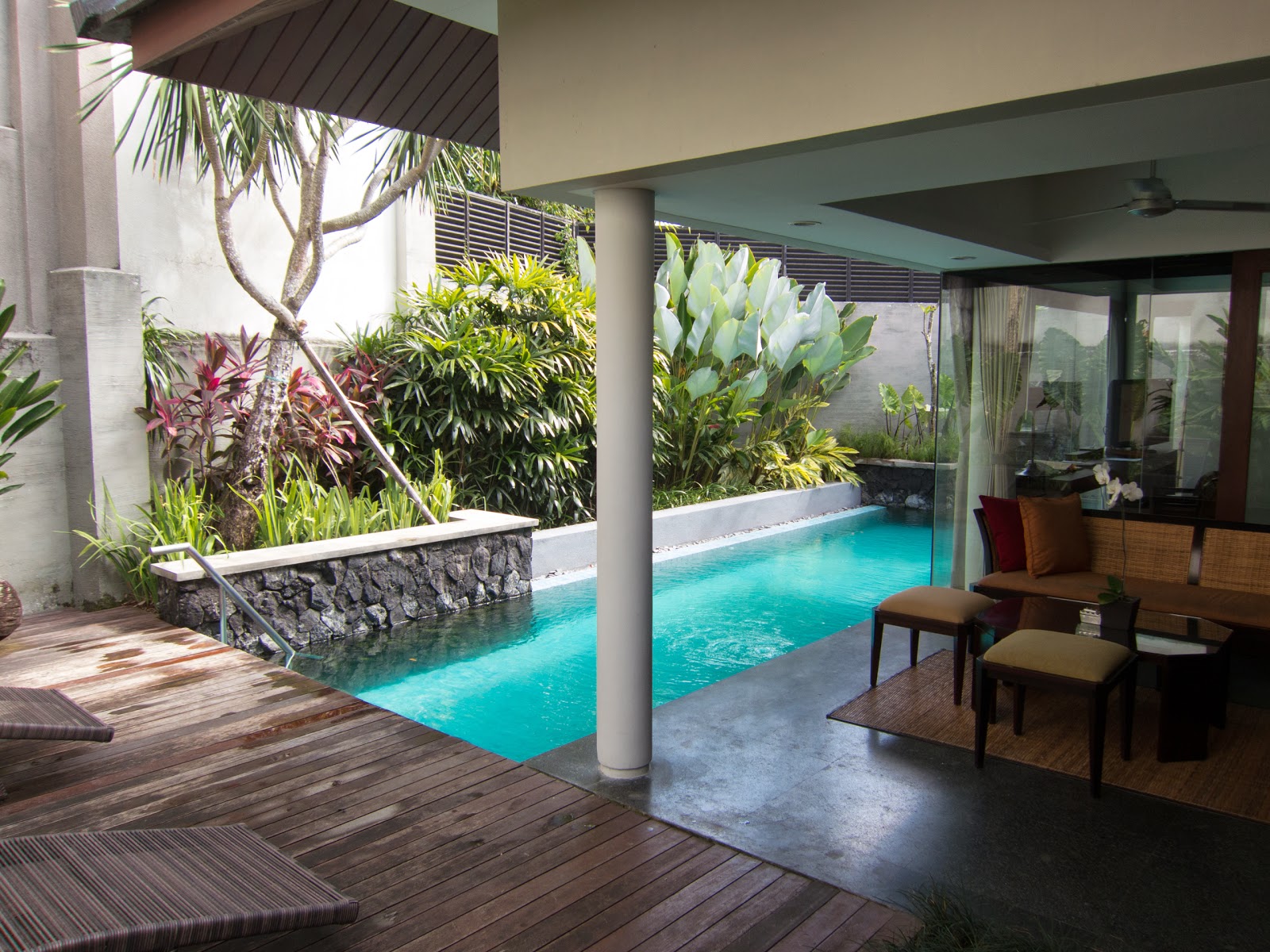 That night we also decided to go fancy for dinner and tried Locavore, which had really great food!


That wrapped up our time in Ubud, and we reluctantly tore ourselves out of our pool and headed to Amed - on the east coast of Bali. We did a quick stop at a water temple on the way. 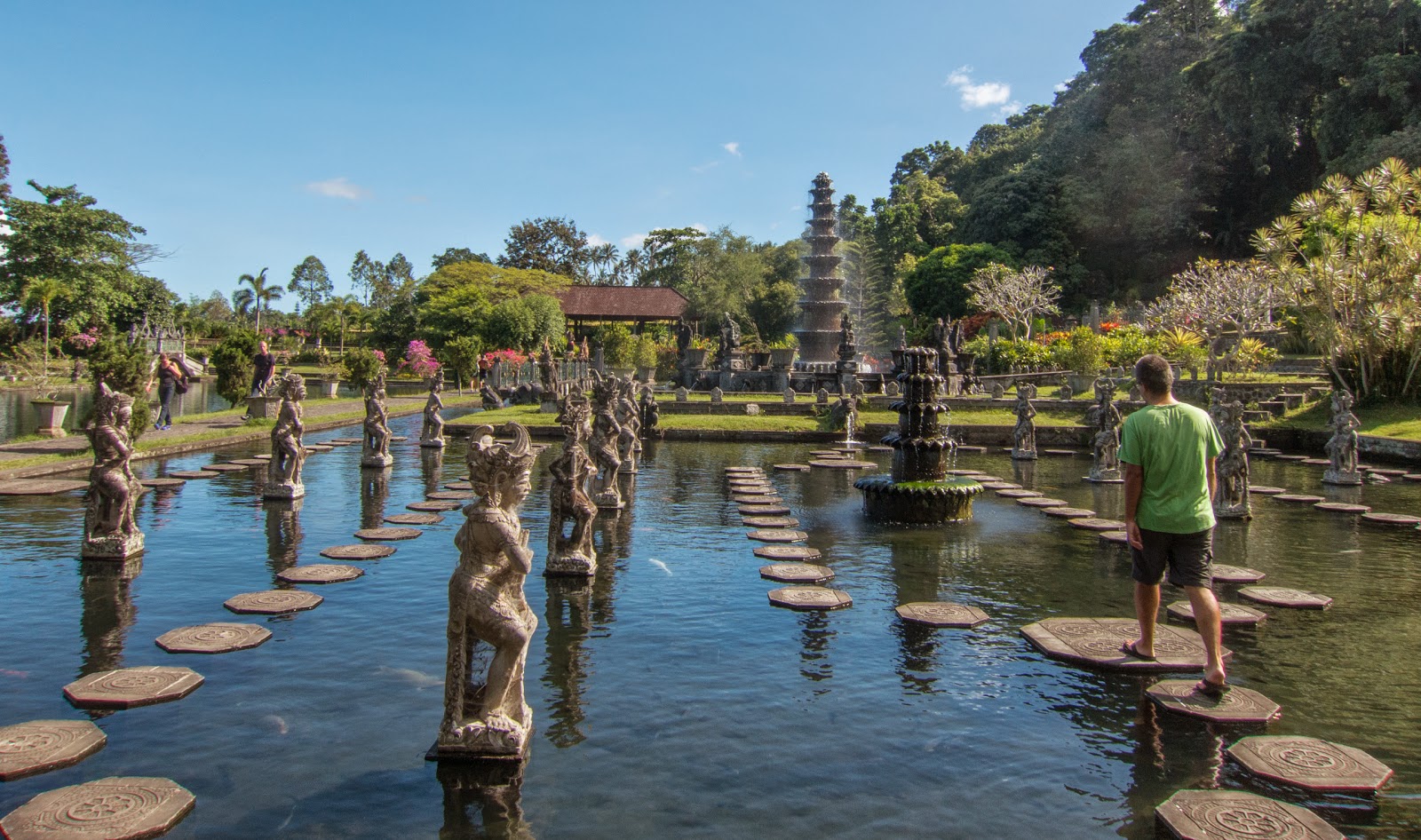 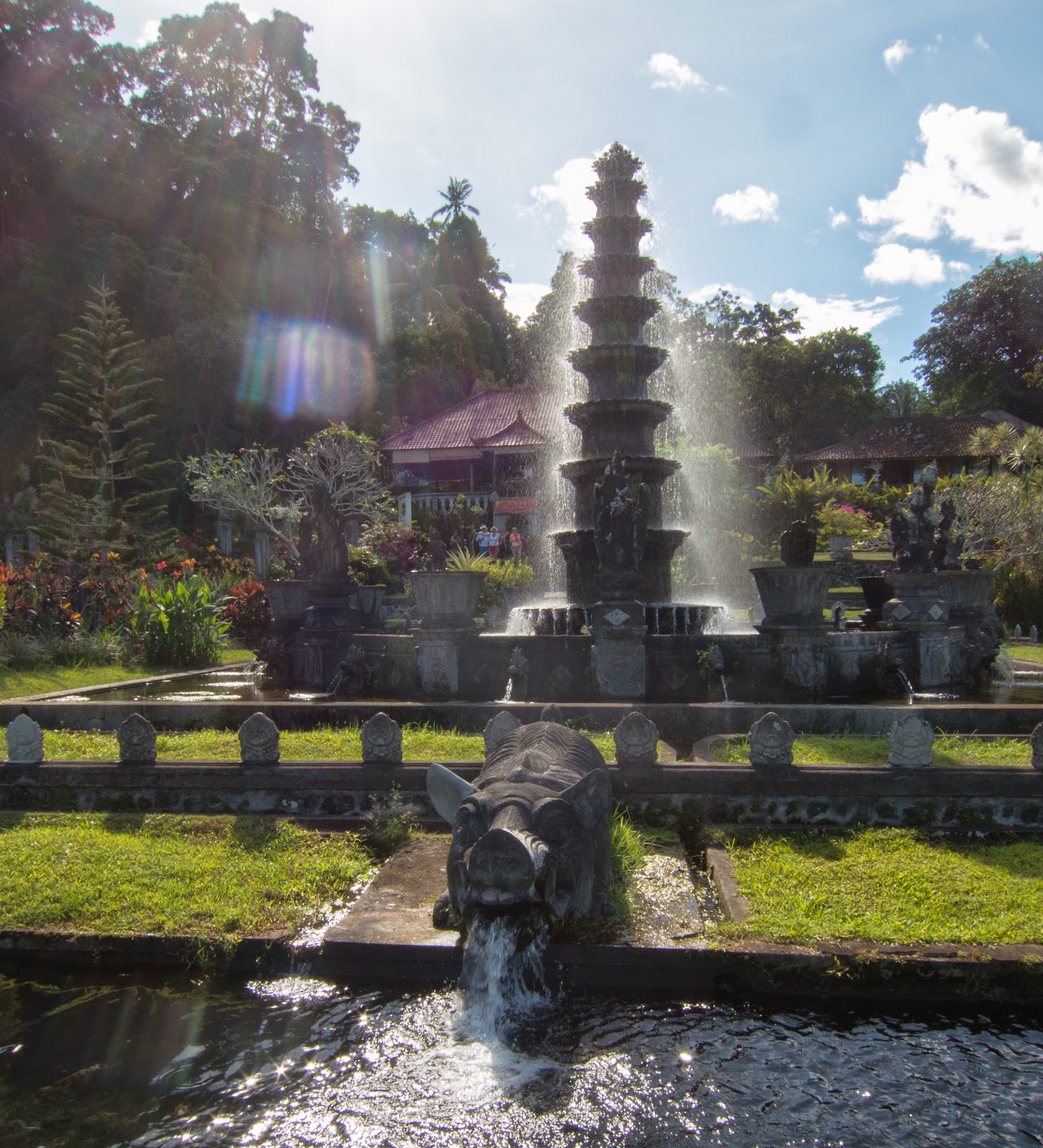 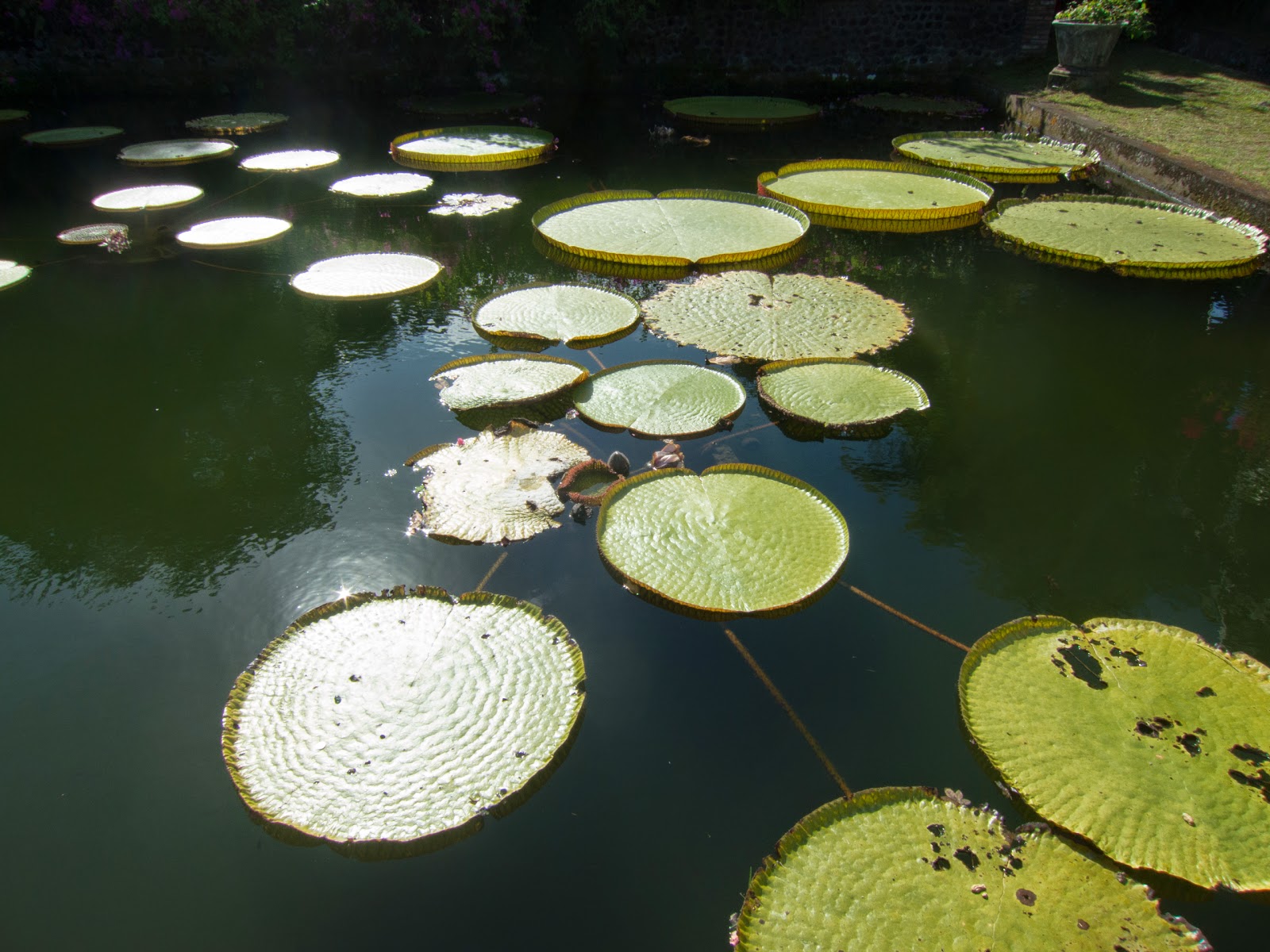 In Amed we stayed in a very cute, very efficiently run guesthouse called Geria Geri Shanti. It was also a dive shop, and we spent 5 days there, completing 12 dives, including our first night dives which was very interesting.  Other highlights included diving with huge Manta rays and seeing our first Pygmy seahorses! 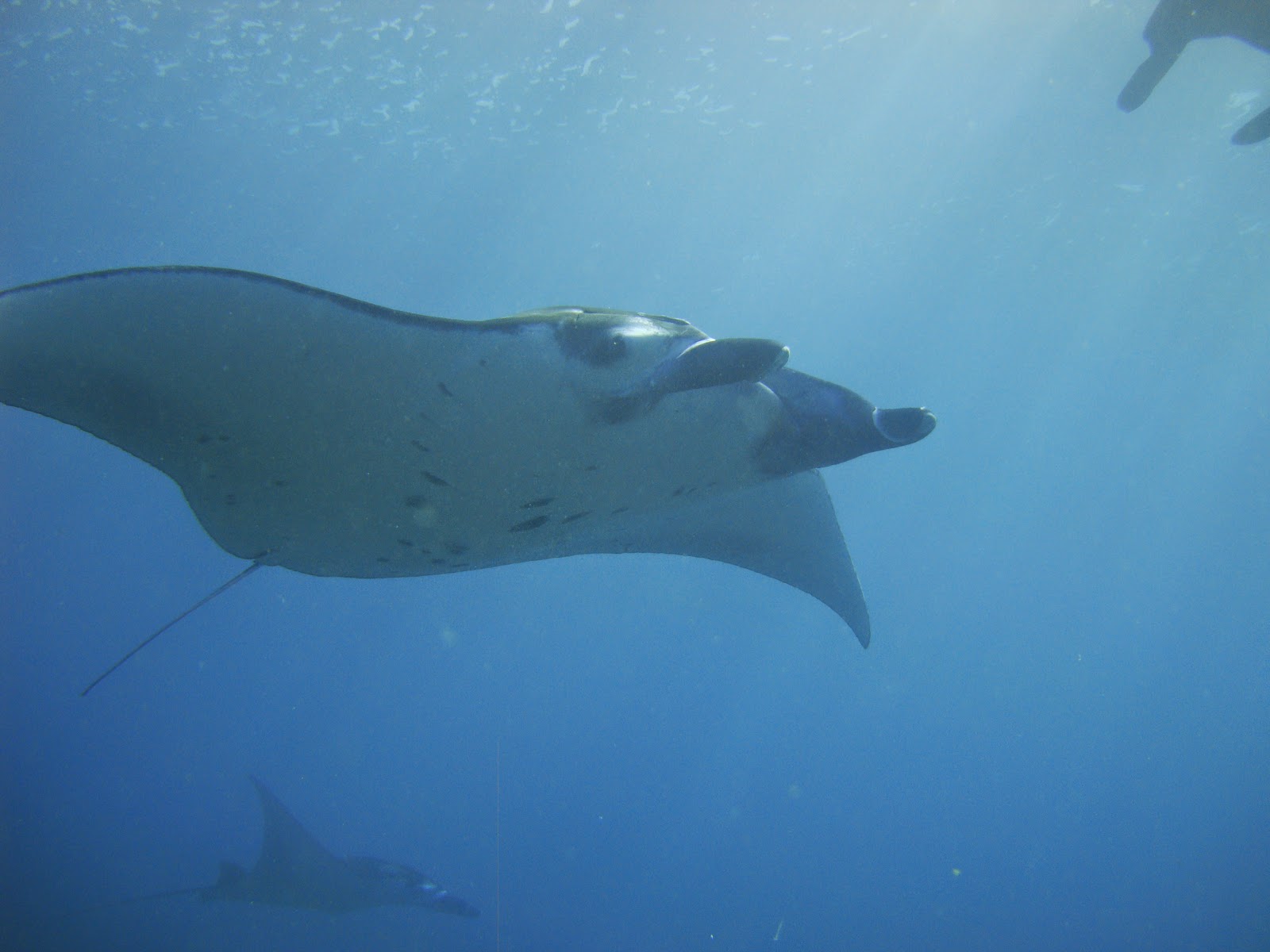