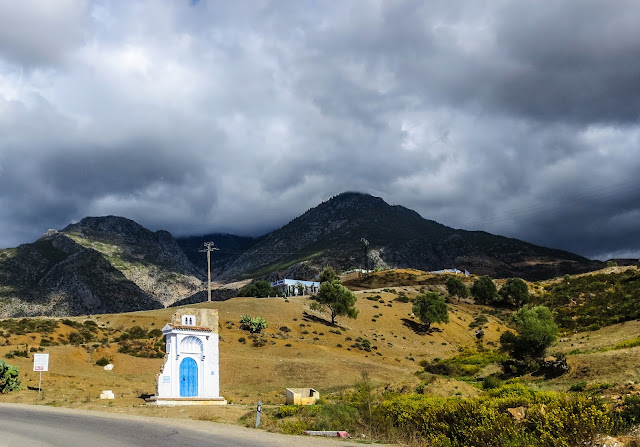 After visiting Meknes and Fez, we headed of to the much smaller town of Chefchaouen which is famous for it's blue buildings. Above you can see the famous blue door by the side of the road that lets you know  you're almost there. We stayed in a quaint little riad in the town where the inside was all painted in blue also. We spent the first day there just exploring the town, and taking lots of pictures of the pretty blue doors and buildings throughout the town. It was really fun to explore with tons of narrow hallway like roads and stairs and dead ends. The main part of the old town is pedestrian only, and we spent hours meandering around. There's a river running through the town, and they have a washing area by it all set up with concrete washboards under little canopies. 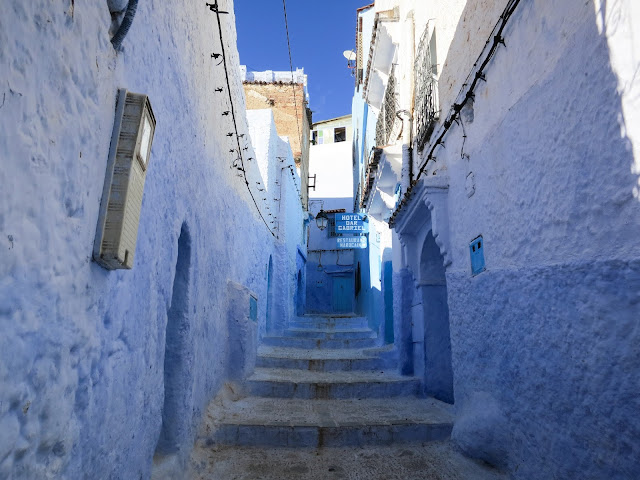 The town is in the Rif mountains and we climbed up part of the side of it to a small church which had an amazing view of the town and the sunset. We had a nice dinner with Red and Sabine and after dinner walked a bit around the newer part of town, and stopped at a cafe to drink tea and observe. There was a big soccer game on that everyone was huddled into the cafes to watch, so we had an easy time getting an outside seat, and enjoying the excitement of the game from afar. There was also a wedding in town, and there was a sort of parade of all the cars involved who drove past us and all around the town at least 3 or 4 times honking all the way. 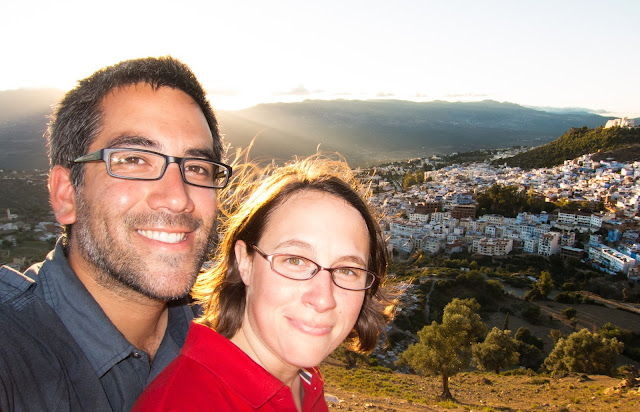 The following day we set out to see the Pont de Dieu or God's bridge. We drove about an hour to a tiny village I guess you could call it. There was a restaurant where we ate breakfast, a few houses, an auberge for hikers and that was about it. While we were eating breakfast Red asked around and found a local man who was willing to lead us on the hike to the Pont de Dieu. We had two options, the high way or the low way. We could only do one, and opted for the low way as he said it was more interesting, and you could only do it at some times of the year when the water wasn't too high. So we set off. 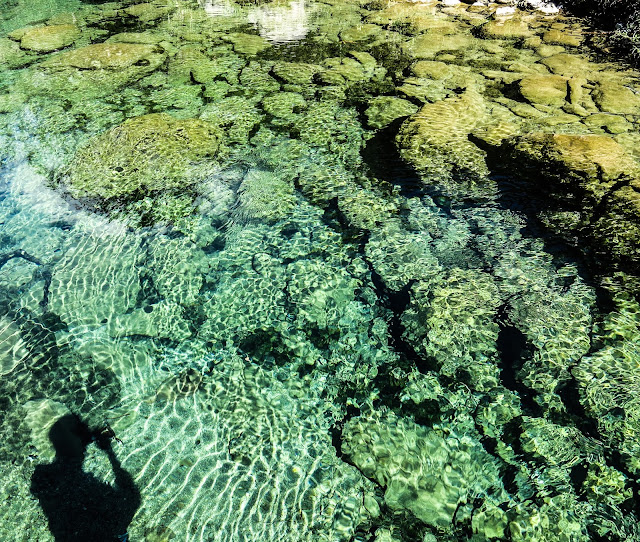 The hike was all along this beautiful crystal clear river which had all sorts of little waterfalls and pools in it. It was amazing. We had to hike right along the river edge, and cling to boulders to try to stay dry. This was in vain though as we had to cross the river at one point, and all our shoes got wet anyways. It was a really fun hike and the scenery was truly amazing. There were one or two other groups along the way, but we were mostly on our own. 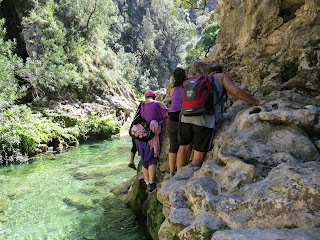 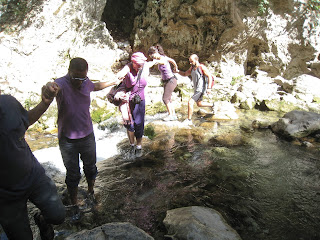 The hike probably took an hour and a half to get to the Pont de Dieu. We were pretty glad we took the low road, as we had a great view of the "Bridge" which is a pretty reddish rock bridge over the river. We saw lots of people at the top having taken the high road, but I don't think they'd have near the views we did. It was really impressive. Jerome wanted to check it out even closer, so he gave me his camera and wallet and passport, and dove right into the water to go see! 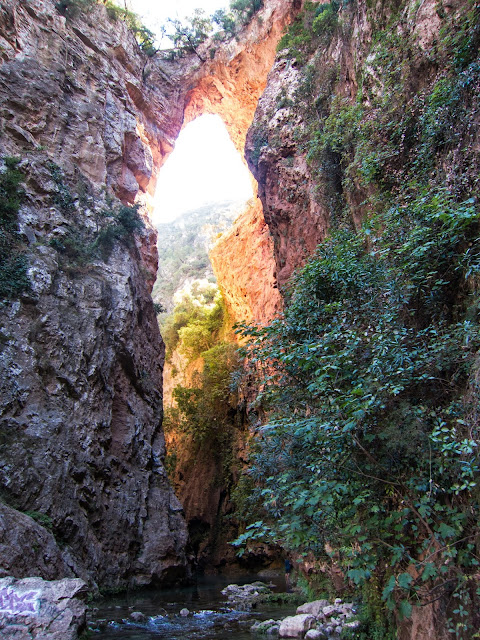 Since he was already soaking wet, he decided to see if he could make it all the way back to the village in the river. And proceeded to swim and make his way down waterfalls and jump into pools all the way back, as happy as a clam! The rest of us retraced our steps, and enjoyed watching his antics! 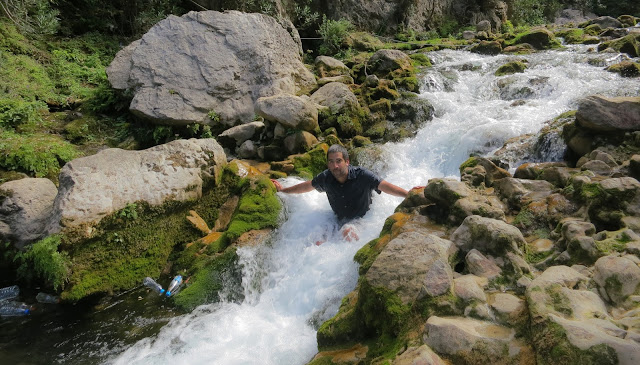 After the hike we had a late lunch at the same restaurant while Jerome worked on drying off in the sun. We spent our last evening in Morocco and with Sabine and Red back in Chefchaouen. We spent the early evening again wandering the city and taking more blue pictures. The next morning we packed up and headed to Tangiers, where Jerome and I bought tickets for the ferry to Tarifa, Spain and said goodbye to Sabine and Red who were heading back to Casablanca. It was a beautiful sunny day and the ferry ride was really pretty. We crossed the Straight of Gibraltar and waved goodbye to Morocco!


Click here to see the map of our trip