Last weekend we didn't watch the Superbowl, but did see this recipe on one of the food blogs we read, and decided that Soft Pretzel making would be a fun weekend project. They were actually a lot easier than I thought they would be, and really tasty too! The only thing you need to do is plan a few hours ahead, as there's a lot of waiting both for the dough to rise and for them to bake.

Otherwise, here are the ingredients and our step by step photos! 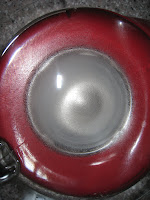 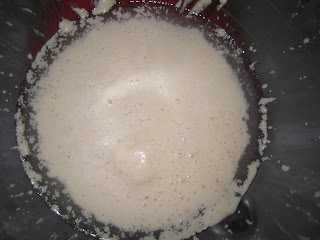 Start by adding the sugar to the warm water. Stir it up so that it dissolves. Add in the yeast and let it sit for 5-10 minutes until it looks frothy kind of like this. Next add the flour and knead it until it's a nice dough consistency. It should still be a bit sticky so don't add too much extra flour 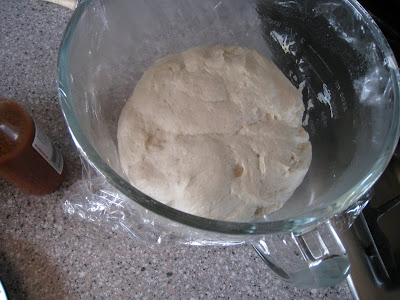 Next let it rise covered for 45 minutes to an hour. 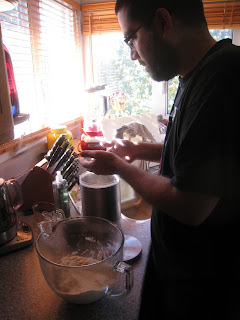 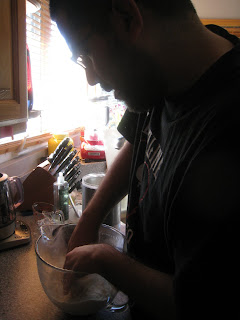 Next comes the messy part. Flour your hands and then punch down the dough and divide into 8 evenly sized pieces. 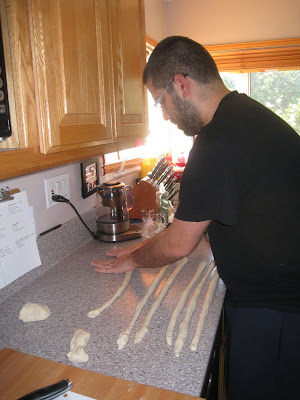 Then roll each piece into long thin strands. 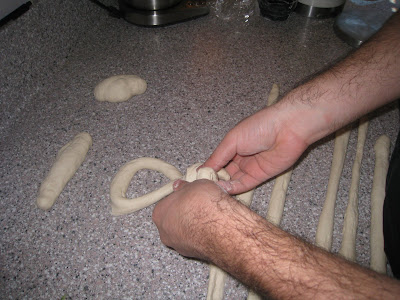 Then do your best to form them into pretzel shapes!
It took us quite a few tries and we had some very bizarre looking ones. 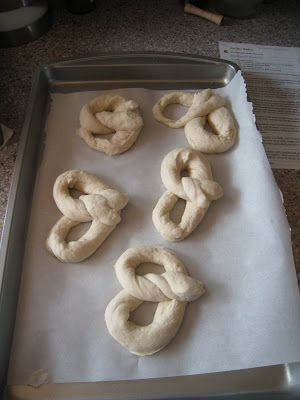 Some are better than others, but they all tasted the same, so don't worry about it! 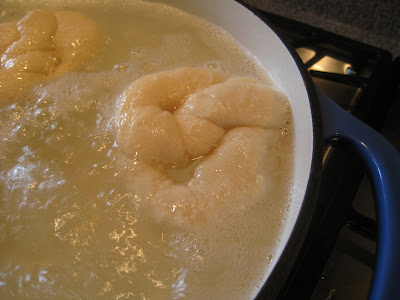 Next you boil a big pot of water. Once it is boiling add a big tablespoon of Baking Soda.
It does something to the dough so they brown more apparently. 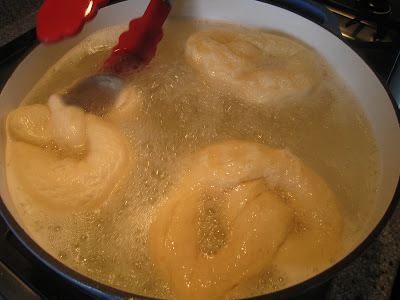 Throw in your pretzels a few at a time and cook for about 3 minutes flipping them over halfway through so both sides get done. 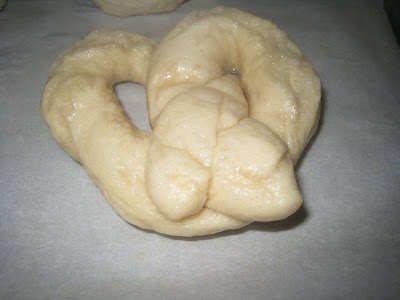 They look kind of weird at this point as you can see. Next brush them all over with an eggwash and sprinkle with coarse salt - or whatever other seasonings you want. We wanted to go traditional on our first run. 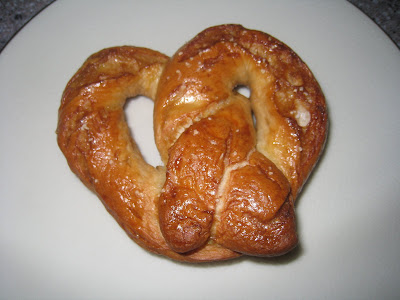 After 35 minutes in the oven at 425 degrees they'll brown up nicely and be crunchy on the outside but soft on the inside. And pretty darn tasty too! 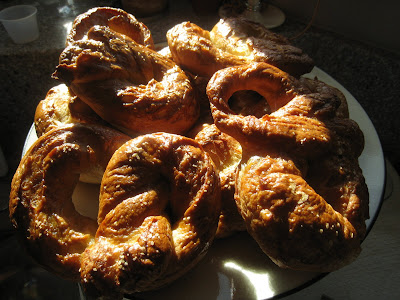